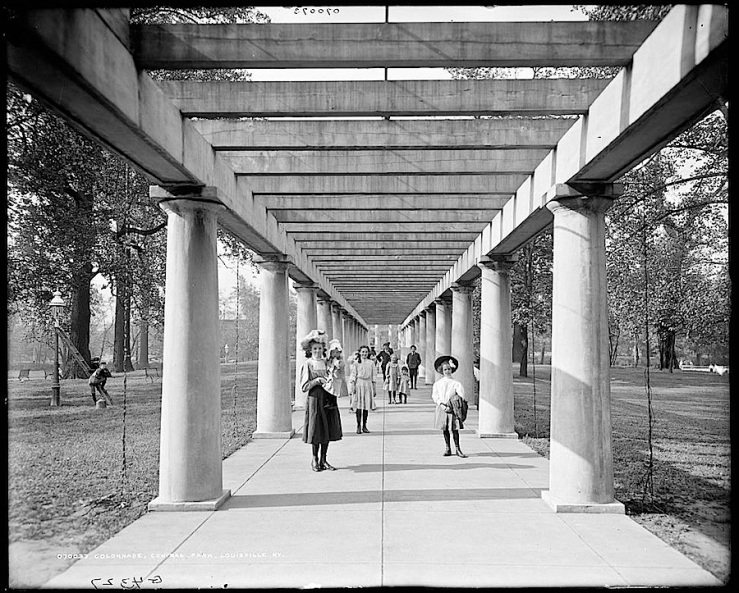 The park’s 17 acres were owned by the Dupont family in the 1870s, yet open for public use as “Dupont Square.”  In 1883, the space — temporarily “roofed in” — was used to demonstrate Thomas Edison’s light bulb.

In 1904, the Duponts sold the land to the city, and Frederick Law Olmsted, who was already working in Louisville, designed a large open-air shelter and colonnade for the park’s high point.  The colonnade still exists and is undergoing restoration.