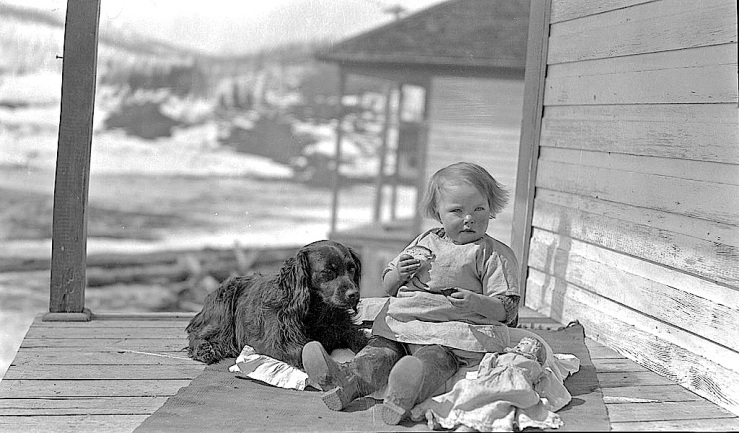 “Nellie Wright at home” with friends and a sandwich, Mountain Park, Alberta, ca. 1935, by Charles Lee, via Provincial Archives of Alberta Commons on flickr.

From about 1912 until 1950, Mountain Park was a coal mining town, producing steam coal for the railroads. Today it is a ghost town.

I wonder if the wooden crates stacked up on the left indicate that this was a market garden, which were common in the Hutt Valley until the 1940s.

You can click on the picture to enlarge it (or click here and then on the image to zoom in even more).

Chapman-Taylor was an important New Zealand domestic architect, builder, furniture designer, and photographer who lived in the Valley in the mid 1930s.

I wonder if the picture above was one of a few photos taken that day. The woman (Mrs. Woodworth ?) is carrying a cushion. Perhaps she meant to sit or kneel down among the beet leaves for another image.

The family would have had reason to show off its garden. At the turn of the 20th century and for decades afterward, fresh vegetables were in high demand and brought good prices.

In 1896, when gold was discovered in the Klondike River drainage, there was no time to farm, and the population . . . relied on supplies shipped up the Yukon River.

But in 1897-98, serious experimentation began. . . . Market gardens were established around Dawson, on the banks of the Yukon and Klondike Rivers, and on various islands in the Klondike. Even so, the supply of fresh vegetables was limited and there were many cases of scurvy in Dawson in 1898.

But by the next year there were a dozen market gardens selling vegetables in Dawson City. . . . Farms were small, about four or five acres, or just the right size to be worked by two men.

The yield from these small acreages was impressive. The Fox and Daum farms, both on Klondike Island, produced between them thousands of pounds of potatoes, celery, cabbage, turnips, cauliflower and cucumbers, plus radishes, greens and lettuce.

At Sunnydale Slough John Charlais harvested 1,000 cauliflowers. One of his cabbages weighed 30 pounds and spread its leaves five feet in diameter, and he displayed it proudly in Dawson. 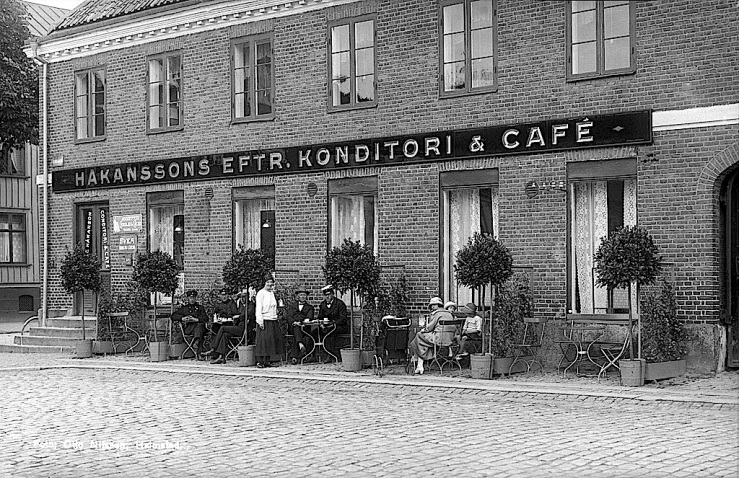 Cake shop and café in Halmstad, Halland, Sweden, between 1920 and 1939, by Otto Nilsson, via Swedish National Heritage Board Commons on flickr.

You can click on the photo to enlarge it.

“Table set in preparation for a banquet at Queens Hotel, Townsville,” Queensland, ca. 1885, photographer unknown, via State Library of Queensland on flickr.

Click on the image to enlarge it.  Or, even better, you can click on ‘via’ above and then on that image to zoom around all the details. (I love all the various ways the napkins are folded.)

Or, if you would like to see some creative current table arrangements made by other garden bloggers, please visit Cathy at Rambling in the Garden for “In a vase on Monday.”