Not a porch, of course, but a grand garden pavilion first built in 1790 — the year the park itself was laid out (officially opening in 1792).

The tower was designed by Joseph Frey, a military architect.  He was inspired by the “Great Pagoda” of the Kew Royal Botanic Gardens in London.

On early Sunday mornings in the late 19th century, up to 5,000 servants, soldiers, students, and other working-class people would gather at the tower to dance to a brass band.  These Kocherlball or cooks’ balls would end by 8:00 a.m., so that the attendees could get back to work or go to church.  The dances were outlawed in 1904, but were revived in 1989 as a annual event every third Sunday in July. 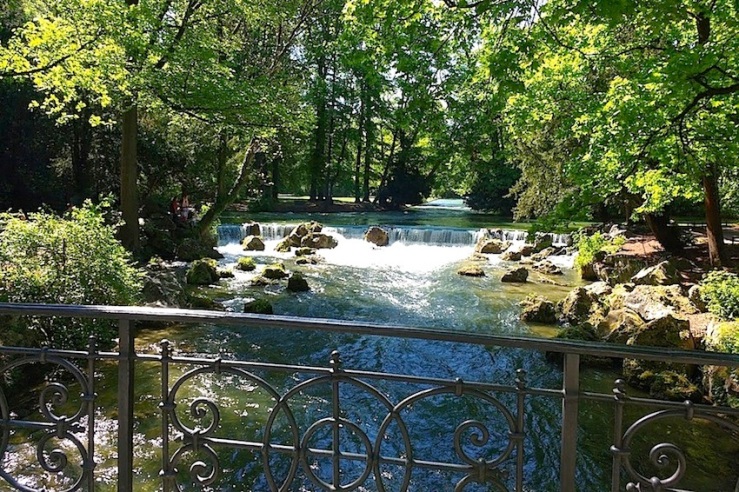 As its name implies, the Englischer Garten public park (the oldest in Germany) was laid out in the English landscape style associated with the work of Capability Brown.  Its principal designer was Royal Gardener Friedrich Ludwig von Sckell, who had studied in England.

The park has an area of 910 acres — making it larger than New York City’s Central Park.

I took these photos with my phone while biking through the park last Sunday morning. (There are over 48 miles of paths in the park.)

There’s a brief history of beer gardens in America here.

2 thoughts on “The Sunday porch: Munich”