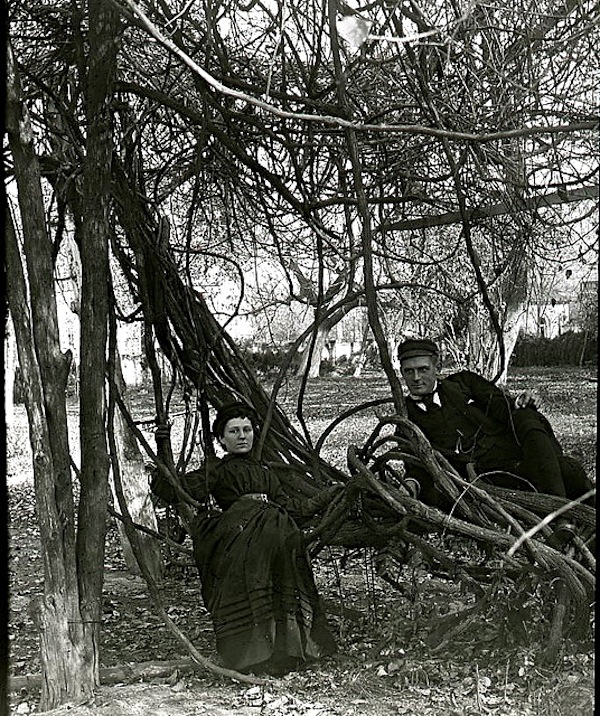 This park was not located in the present-day upper-northwest neighborhood known as Van Ness.  The photo was taken in an area southwest of the White House near the corner of C and 18th Sts., N.W. — which was then known informally as “Van Ness Park.”

According to the Library’s notation on the photo, the building that can be seen in the middle of the far right side (above the man’s legs) is a “dependency  of Van Ness Mansion.”