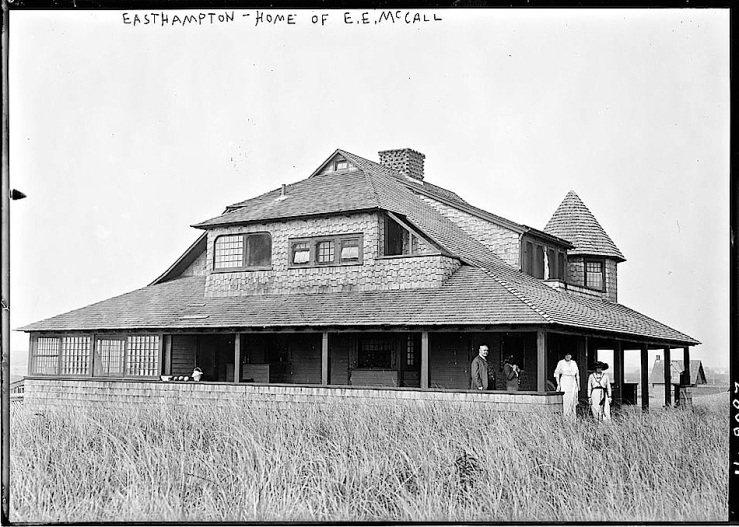 The house was a split level. You can see the two-story side here.

Edward Everett McCall was a Justice of the Supreme Court of New York. He also ran unsuccessfully for mayor of New York City as the Tammany candidate. He died in 1924, and his seaside house burned down three years later.