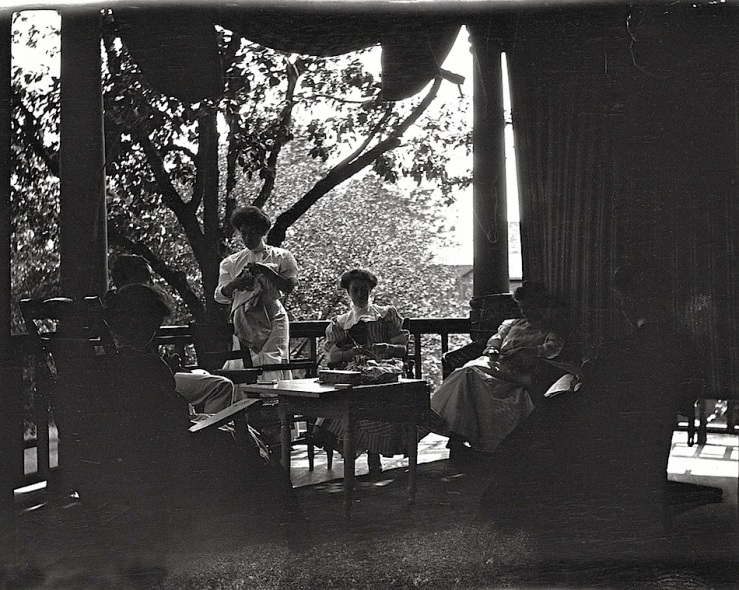 The Rathbuns were a prominent family in Deseronto.  About the time of this photo, The Rathbun Company owned a local shipyard and saw mill and a number of other businesses. At least two of its men had served as mayor around the turn of the 20th century. However, markets changed, woods stock were depleted, and fires destroyed their docks and other property. “[The] core timber and minerals resource businesses were dead by 1916 . . . . The company surrendered its charter in 1923,” according to Wikipedia.

One thought on “The Sunday porch: sewing circle”