My favorite flower display in Paris last week was at the entrance to the Cour Carrée of the Louvre, near the Pont des Arts.

But I’m a pushover for massed dahlias — these were yellow, white, orange, and dark red, mixed with some burgundy amaranth and caster bean plants in the back. 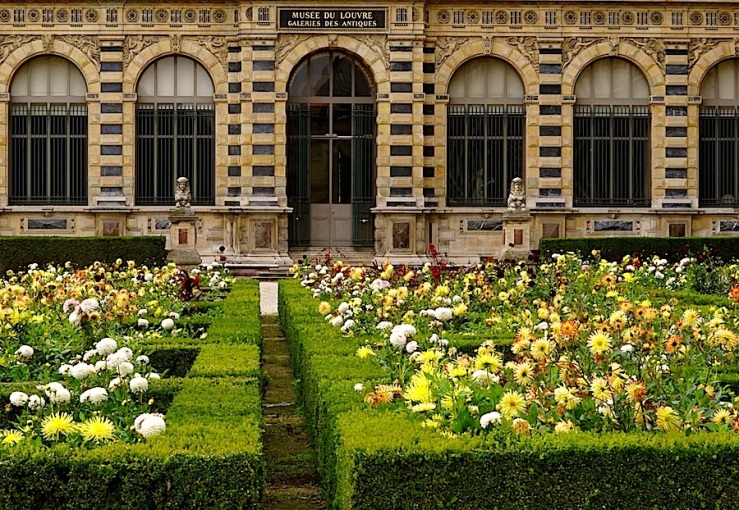 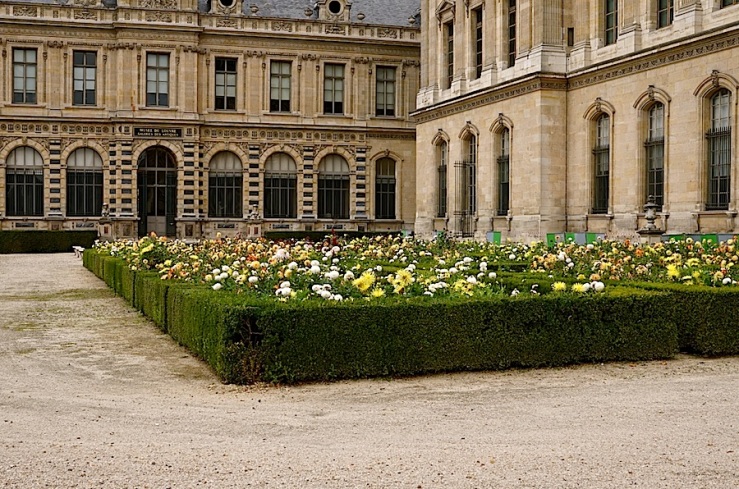 Unfortunately, a tall iron fence blocked them off from close inspection. 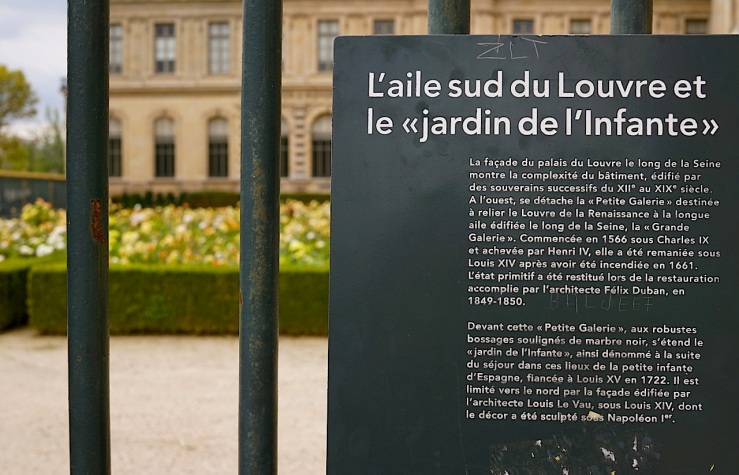 I didn’t have a zoom lens, so I did the best I could to get some useable photos by pushing the camera through the bars and holding it out.

The space is named “Garden of the Princess” for Mariana Victoria of Spain.  The three-year-old Infante was brought to live in the Louvre in 1721 when she was engaged to the preteen King Louis XV. 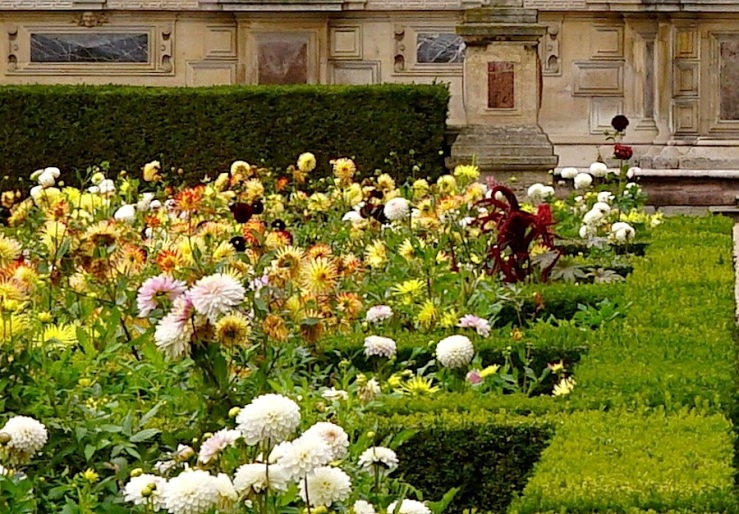 Although she was deemed the “sweetest and prettiest little thing,” four years later, Louis broke off the match in order to marry an older Polish princess.

Mariana was sent back to Spain and later married King Joseph I of Portugal.