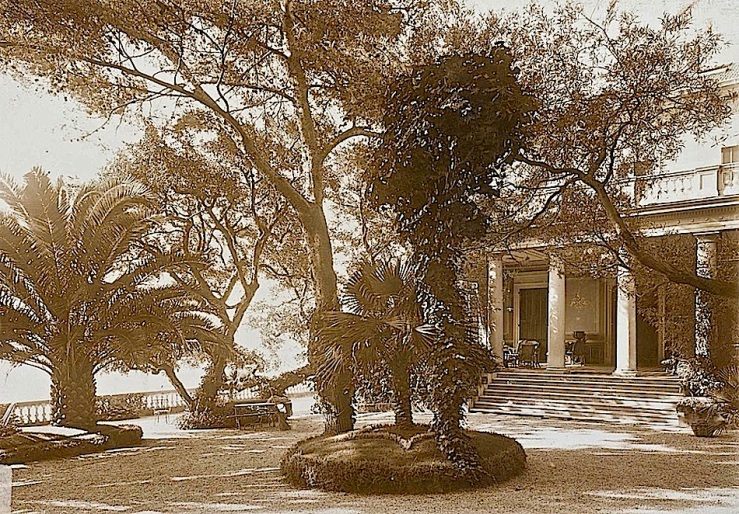 “The property of M. [Raymond] Poincaré in Èze.  The gardens and the main entrance of the house,” ca. 1914 – ca. 1918, photographer unknown, via the Université de Caen Basse-Normandie Commons on flickr.

Èze is located on the southeastern coast of France, not far from Nice. The Mediterranean was just beyond the railings above.

(To scroll through a number of larger versions of the photo, click on ‘Continue reading’ below and then on any thumbnail in the gallery.)

Raymond Poincaré was President of France from 1913 to 1920.  He had been both Prime Minister and Foreign Minister (simultaneously) during all of 1912.

. . . I  decided this time not to go to Sampigny but to stay somewhere on the Mediterranean. After brief research, I rented, in the Alpes-Maritimes, at the foot of the small town of Saracen Eze-sur-Mer, a quiet villa, hidden in the pine trees. . . . [I]t has an incomparable view of the sea. By winning this early retirement, I am not unhappy to escape a little to the embrace of my job, but at least I have the impression that the state of Europe, while still unstable, allows me to breathe more freely. Peace seems restored in the Balkans. Our relations with all Powers are normal. Whatever the new influences acting on William II, France was determined not provide any pretext for war. It’s almost a feeling of rest and security I feel, when I’ll salute the French Riviera the spring of 1914.

— Raymond Poincaré, from his memoirs.

You can see an image of the long terrace of the house in April 1914 here. 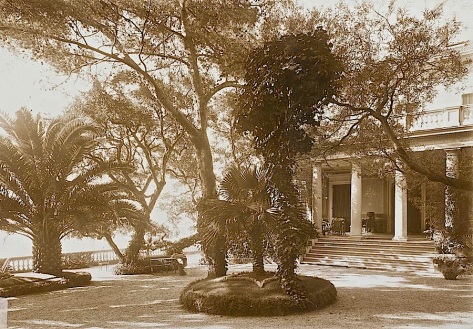 I like the hanging light fixture over the chairs on the left. 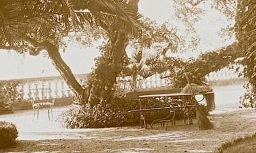 There appears to be a very large rabbit (!?) behind the broom handle.

One thought on “The Sunday porch: French Riviera”