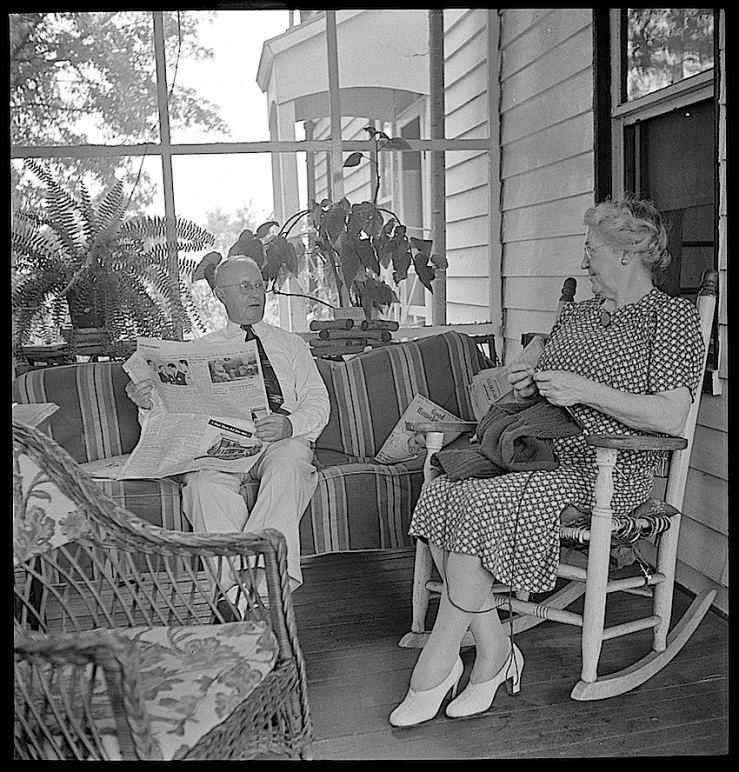 Mr. and Mrs. Herbert on their porch in Mechanicsville, Maryland, June or July 1942, by Marjory Collins, via Library of Congress Prints and Photographs Division (all three photos). 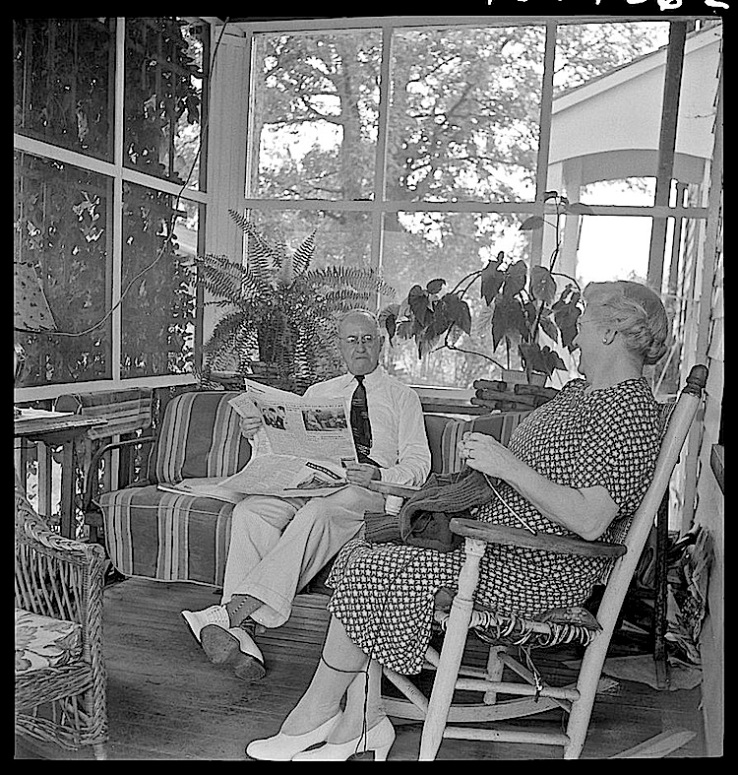 All the elements of a good screened porch are here: a slipcovered glider and a wicker chair, a rocker with a cushion (because the caned seat is nearly gone), a Boston fern and an angel-wing begonia, a newspaper and a copy of Good Housekeeping.  Both Herberts are wearing summertime white shoes.

Only a little iced tea could make it any nicer. Judging from the way they are dressed, I would guess this is a Sunday afternoon. 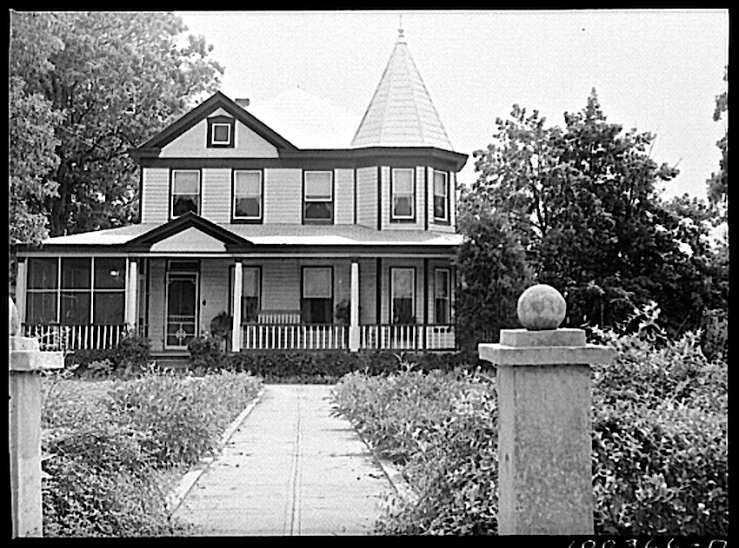 The couple — Charles P. and Bessie D. — built their Queen Anne house in 1909, although, curiously, it appears that they only bought the land beneath it in 1914, according to a Maryland Historic Sites Inventory Form filled out in the 1990s or later.

Charles had moved to the the area to be an express agent for the railroad.  Bessie was the town dressmaker. They lived in the house until their deaths during the 1960s.

A photo attached to the Inventory Form shows that the screening on the east side of the porch was later removed and some lacy trim was added along the entire front.  I could not find the house in a current Google Maps satellite view, however.

As usual, I wish we could see more of the garden.

Marjory Collins took these pictures about six months after moving to Washington, D.C., to join the documentary photographers of the U.S. Office of War Information.  Her “upbeat, harmonious images” of that time “reflected the OWI editorial requests for visual stories about the ideal American way of life,” according to a biographical essay about her by the Library of Congress.