In honor of the wisteria now beginning to bloom in many regions, here is a Sunday porch redux from 2013:

I think this is the loveliest wisteria I have ever seen.  It grew on the porch columns of “Wisteria House,” at Massachusetts Avenue and Eleventh Street, N.W., in Washington, D.C. The photo was taken in 1919, by Martin A. Gruber.**

The house was torn down in 1924 to make room for the Wisteria Mansion apartment building.

A naval officer brought the vine from China and gave it to the owner of the house, probably during the 1860s, according to the blog Greater Greater Washington.

The Harris & Ewing** photo above, taken between 1910 and 1920, shows the trunks of the (one?) plant emerging through openings at the base of the porch.  The house was built in 1863, and the two-story portico was added in 1869 — so it looks like the wisteria was planted between those years and protected during the construction. 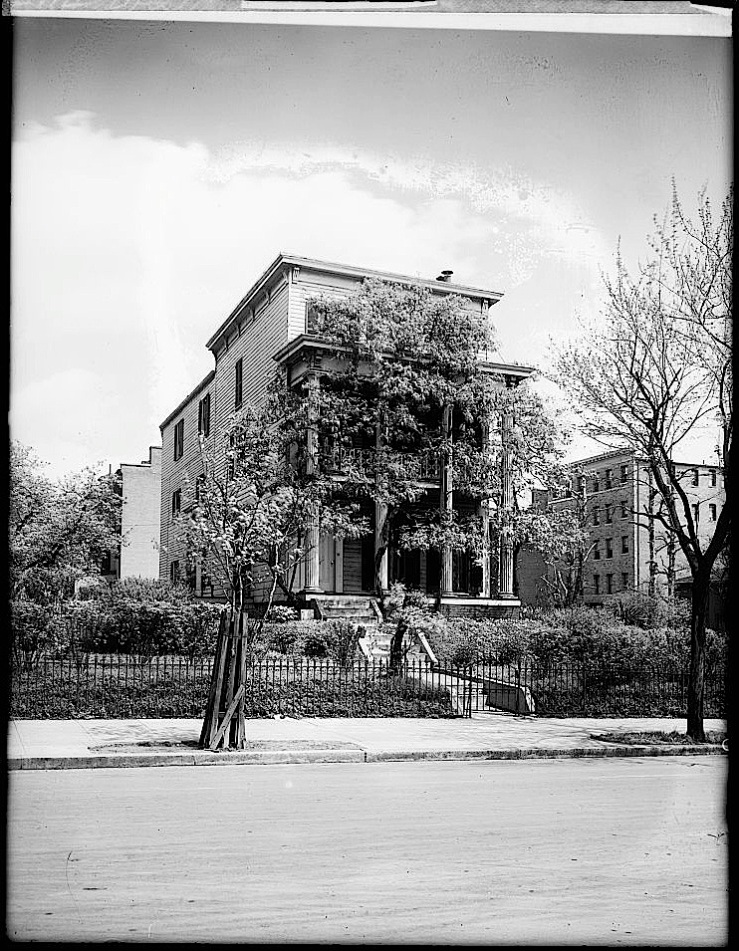 The National Photo Company image above shows the house about 1920.

**Top and second (a detail of the first) photos via the Smithsonian Institution Archives Commons on flickr.  Third and fourth photos via Library of Congress Prints and Photographs Division.