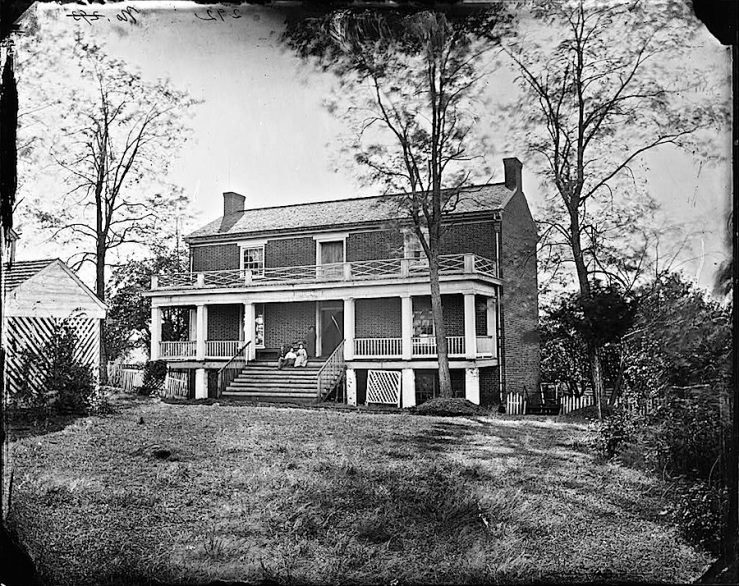 The house — built in 1848 and previously a tavern — was owned by Wilmer McLean, a retired major in the Virginia militia and a wholesale grocer.

Back in 1861, the first major battle of the war had been fought on McLean’s farm in Bull Run, Virginia. (A cannonball had landed in the kitchen fireplace, and afterwards the house was taken over as a Confederate hospital.) 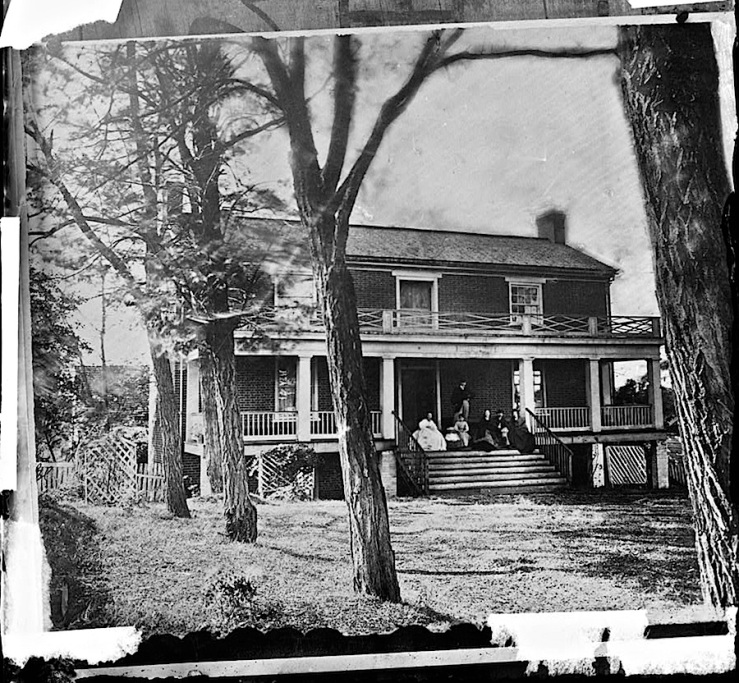 Hoping to avoid the rest of the war,* the McLeans moved to the small southern Virginia village of Clover Hill in 1863. However, during Easter Week of 1865, the family not only hosted the surrender signing, but also the Surrender Commissioners’ meeting the next day.  Union Major General John Gibbon and his officers then quartered in the house for a few days.

“The [Civil] War began in my front yard and ended in my parlor,” McLean is reported to have said later.

One can well imagine that he sometimes sat on this porch, reflecting and shaking his head.

As soon as the surrender was signed, officers of the Army of the Potomac began buying the family’s furniture (whether they wanted to sell or not). Major General Philip Sheridan paid $20 for the little table on which Grant signed the document of surrender terms. George Armstrong Custer took it away on his horse, and Sheridan later gave it to Mrs. Custer, who bequeathed it to the Smithsonian Institution.

That fall, McLean, nearly bankrupt, moved away from the “Surrender House,” as it was now popularly called. He was found in default of his loans, and the house was sold by the bank.

In 1891, it was sold again to Captain Myron Dunlap, who, with other investors, formed several schemes to profit from the fame of the house.  By 1893, it was dismantled to become a tourist attraction in Washington, D.C. However, the money ran out before it could be shipped. For 50 years, the pieces were just left on the ground, exposed to the elements, vandals, and thieves.

In 1949, the house was reconstructed on its original site and opened to the public by the National Park Service. There are recent photos of the house and yard here and here. 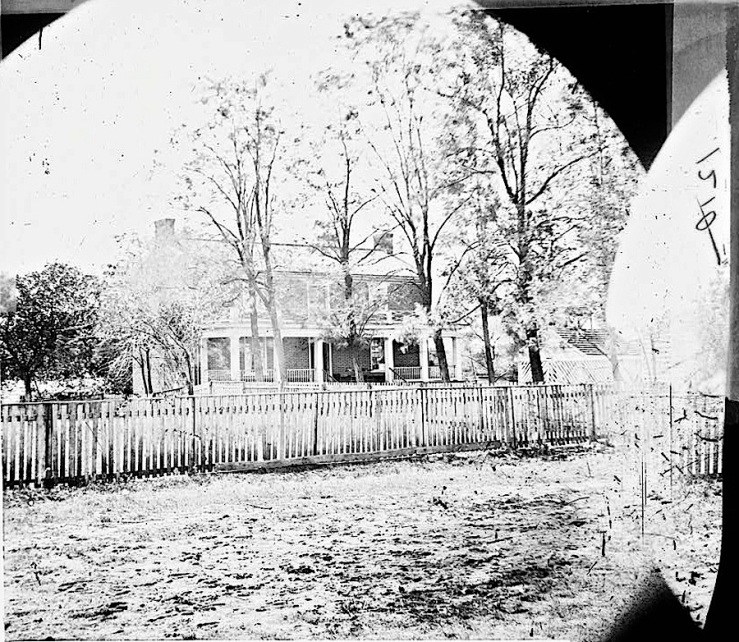 *McLean was 47 when the war began and was considered too old to fight. A slave owner, he made a lot of money running sugar through the Union blockade. Unfortunately, it was Confederate money, which was worthless by 1865.  After moving away from Appomattox, the family returned to Bull Run and then later settled in Alexandria, Va. McLean worked for the Internal Revenue Service from 1873 to 1876 and died in 1882.