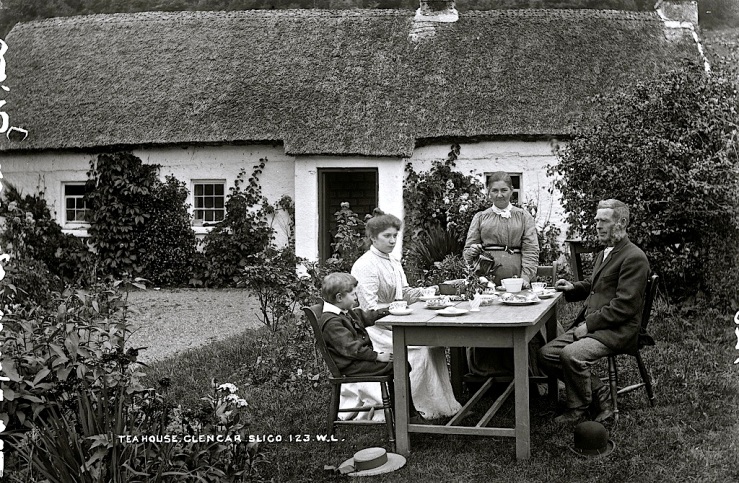 “[H]aving scones, butter and jam at the Glencar Tea House, Co. Leitrim (despite the fact that it says Sligo on the glass negative),” c. 1900, photographer not noted, via National Library of Ireland Commons on flickr.

A commenter on the flickr page pointed out that, from their looks, the two women might be mother and daughter, and, therefore, this could have been a publicity shot for the family’s tea house.

The women in the picture below may have been actual customers. 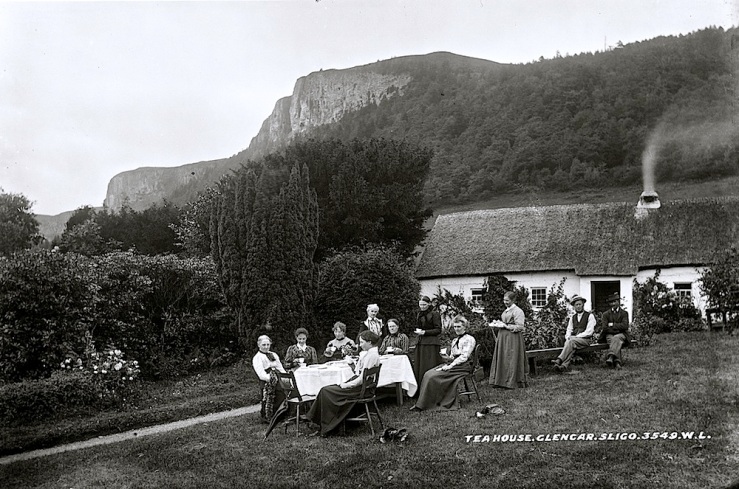 From the clothes and the way the vines are growing on the house, this photo appears to have been taken at almost the same time as the one above.  The mother from the top picture seems to be carrying the plate of scones here.

I wonder if the group being served was a ladies walking club who had been to see the Glencar waterfall, a local attraction? 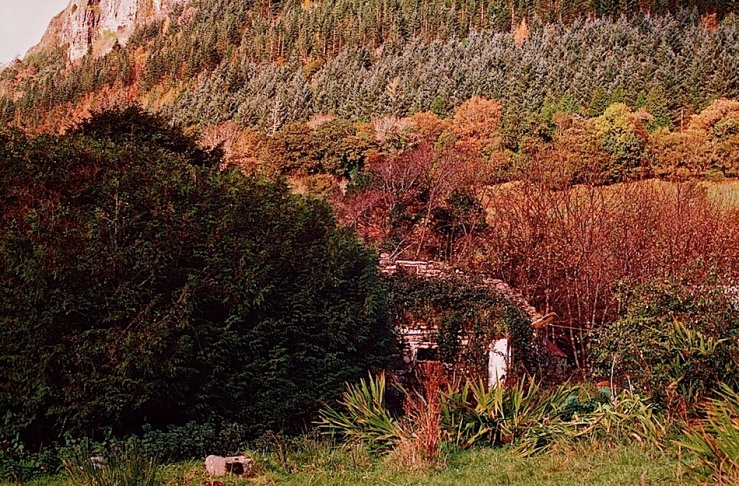 For the Project, volunteer photographers documented the sites of 1,000 100-year old photographs in the Lawrence Collection of the National Library of Ireland, “thereby creating a record of the changing face of the selected locations all over Ireland.”

For this picture, Guckian noted that a house on the site was “in  use until 1970s — Family Siberry not interested in re-opening at present, despite suggestions from local councillor that cottage be re-built in former style.”

You can read more about the Lawrence Photographic Project here.

There’s an Isle, a green Isle, set in the sea,
Here’s to the Saint that blessed it!
And here’s to the billows wild and free
That for centuries have caressed it!

*All three photos here via National Library of Ireland Commons on flickr.