How many ways can you plant out a lawn with a basic round fountain in the center? From 1871 to the early-1900s, the White House tried out a number of designs on its north side.

This photo was taken during the 1860s. The statue of Thomas Jefferson had been there since 1848.  Photo by National Photo Company, via the Library of Congress.

In 1871, the statue was replaced by a round fountain (the statue went to the Capitol Building).

Things were pretty simple in this 1881 etching, via the blog American Garden History. 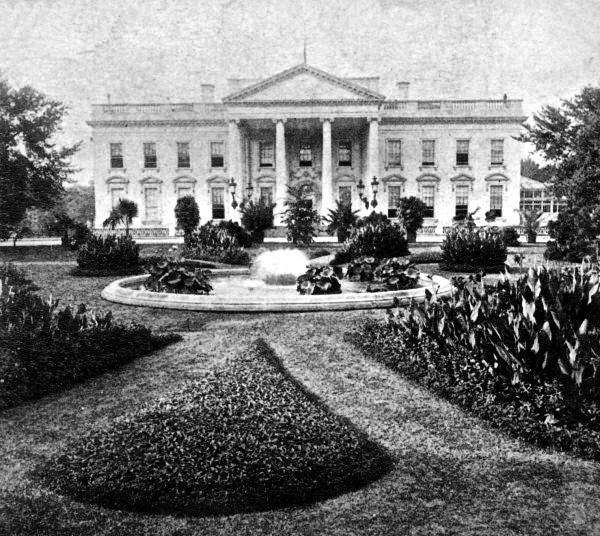 By 1885, the fountain was surrounded by flower beds in teardrops and circles.  Photo by Underwood & Underwood, via the website The White House Museum. 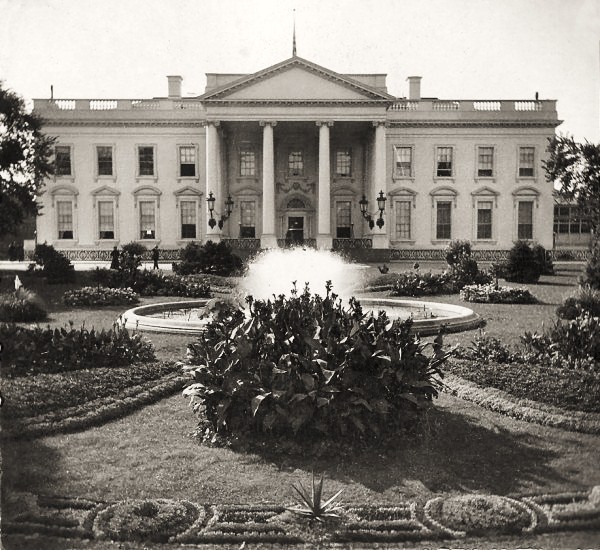 The design was more elaborate by 1894.   Photo by B.L. Singley, via American Garden History. 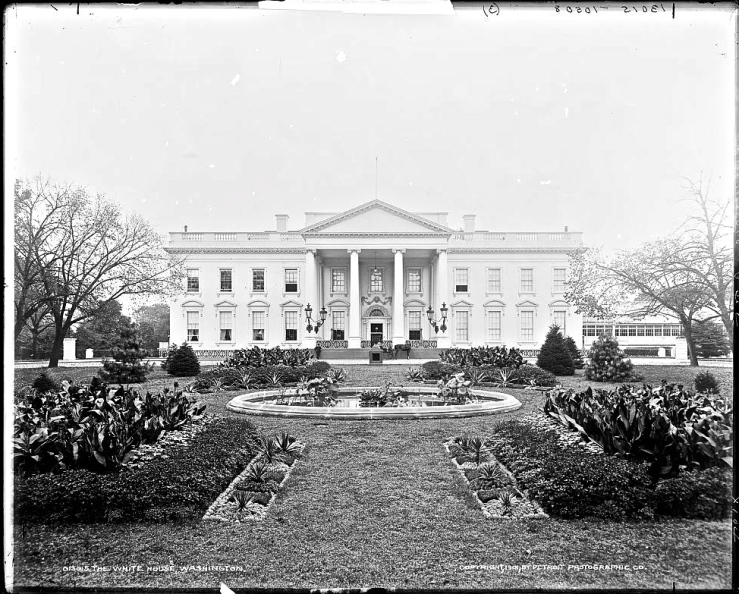 There was a more squared-off arrangement in 1901.  Photo by Detroit Publishing Co., via Library of Congress. 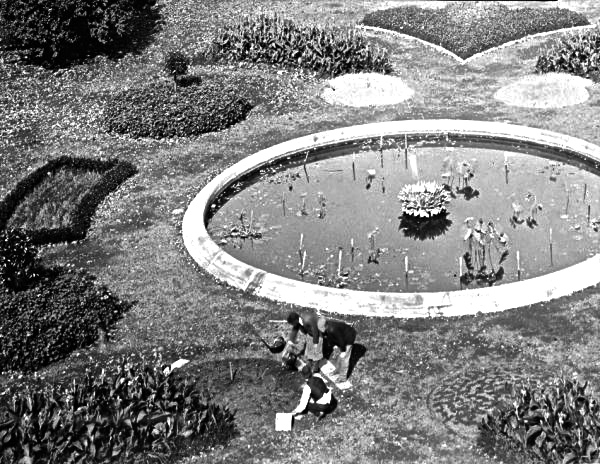 Above, gardeners were planting out the fountain area in 1902, via The White House Museum. 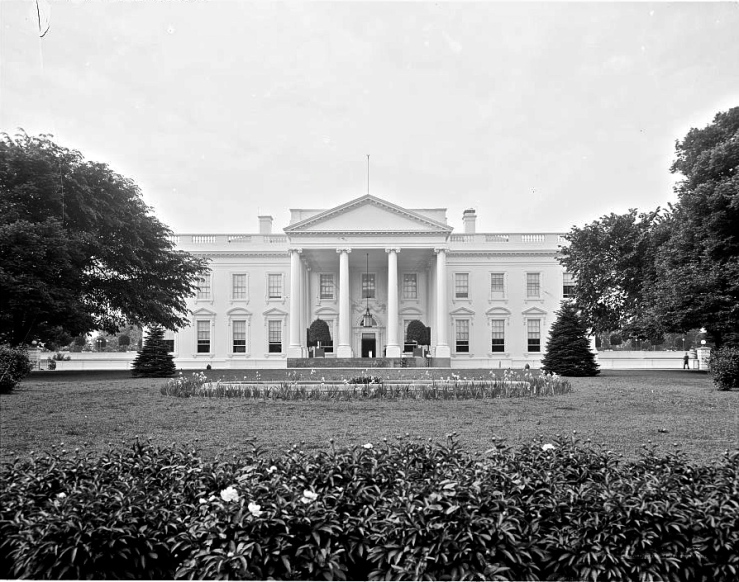 By 1905, the whole Victorian mess had been cleared out for simple plantings of bulbs and peonies.  Photo by Detroit Publishing Co., via Library of Congress. 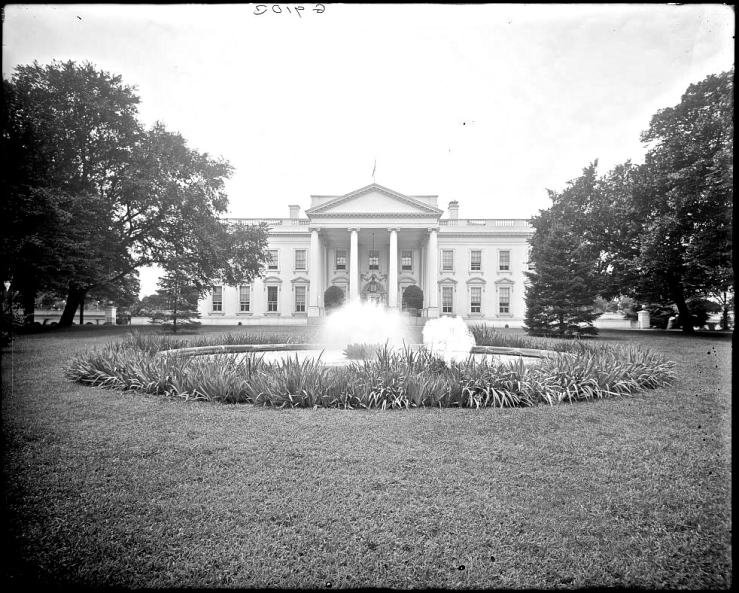 Above, sometime later, before 1920, the peonies were gone.  I like all the irises around the fountain.  Photo by Detroit Publishing Co., via Library of Congress.

Above is my photo of the north lawn in March 2012.

ADDENDUM: I found one more photo.

This would have been the view from the W.H. Dining Room during the years of Victorian bedding out. Taken ca. 1889 -1906 by Frances Benjamin Johnson, via Library of Congress.

4 thoughts on “Vintage landscape: the fountain”