When we visited Paris in the first days of spring, the edges of the pleached trees on the Champ de Mars were still razor sharp.

Located between the Eiffel Tower and the Ecole Militaire, the park was named for the Campus Martius — ‘Mars Field’ — in ancient Rome, which was dedicated to the god of war. (Click any photo to enlarge it.) 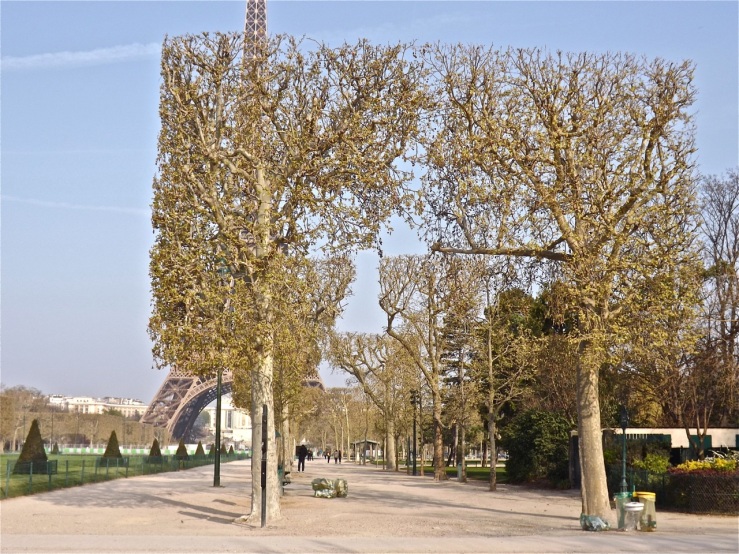 In the 18th and 19th centuries, the lawns were used for military marching and drilling.  They were opened to the public just before the French revolution.

In the 16th century, the space had been part of an area was called Grenelle and was set aside for market gardening plots.

Below, you can see how the park’s gardeners keep them sheared, thanks to the blog Pattersons in Paris.

2 thoughts on “On the Champ de Mars”