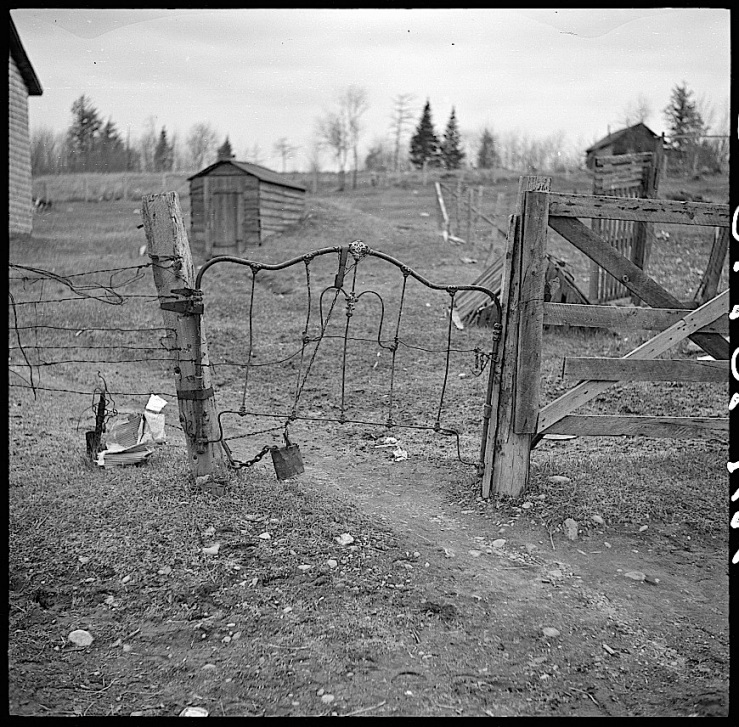 “Gate made from the end of an old bed. Alvin, Wisconsin,” May 1937, by Russell Lee, via Library of Congress Prints and Photographs Division.

Alvin was named for one of its founders, Alvin Spencer, who had moved his family to the area in 1907.

In order to submit a request for its own Post Office, the little Forrest County community where the Spencers had settled had to have a name. Alvin submitted the name of another community leader, Curtis Powell, for consideration. Curtis submitted his friend Alvin’s name. Since there was already a town named Curtis in the state, the new community was dubbed Alvin, Wisconsin.

I love that they submitted each other’s first names.