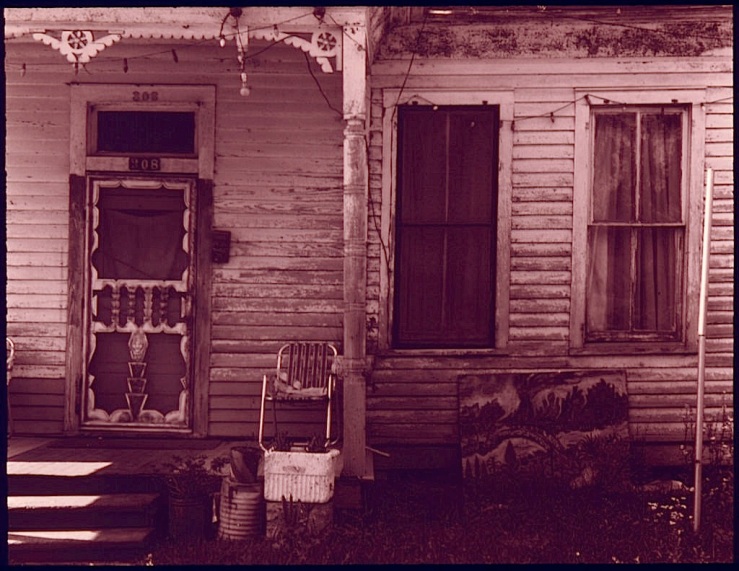 Mexican-American home in Houston, Texas, April 1973, by Danny Lyon for the DOCUMERICA project, via The U.S. National Archives Commons on flickr (all three photos here).

Lyon made a series of 21 black and white photographs in East Texas in 1973. “They document the environments remaining from the 19th century in terms of architecture, commerce and lifestyles,” according to their original captions. “The pictures also compare the contemporary city showing displacement of the unique by the ordinary and noting current urban problems.”

Above: houses in the Fifth Ward, Houston. Click on the images to enlarge them.

DOCUMERICA was an photography program of the U.S. Environmental Protection Agency (EPA). From 1972 to 1977, it hired over 100 photographers to “document subjects of environmental concern.” They created an archive of about 80,000 images.

In addition to recording damage to the nation’s landscapes, the project captured “the era’s trends, fashions, problems, and achievements,” according to the Archives, which held an exhibit of the photos, “Searching for the Seventies,” in 2013.