Horikiri Shobuen is one of the oldest iris gardens in Japan. It was probably created by a local flower farmer, Kodaka Izaemo, in the late 17th century. By the early 19th century, it had become a popular destination for sightseers during the Hanashōbu or Iris ensata bloom-time in early June.

In 1900, there were five iris gardens in the swampy land of Tokyo’s Horikiri district — all producing bulbs for export to Europe and the U.S. However, demand was declining by the time these pictures were taken, and the area’s last two iris gardens converted to vegetable plots during World War II. 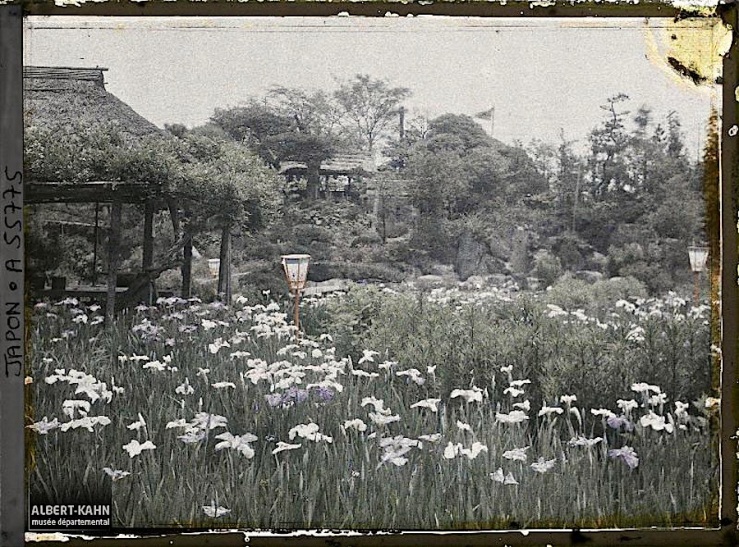 The autochromes above are four of about seventy-two thousand that were commissioned and then archived by Albert Kahn, a wealthy French banker and pacifist, between 1909 and 1931. Kahn sent thirteen photographers and filmmakers to fifty countries “to fix, once and for all, aspects, practices, and modes of human activity whose fatal disappearance is no longer ‘a matter of time.'”* The resulting collection is called Archives de la Planète and now resides in its own museum at Kahn’s old suburban estate at Boulogne-Billancourt, just west of Paris. Since June 2016, the archive has also been available for viewing online here.