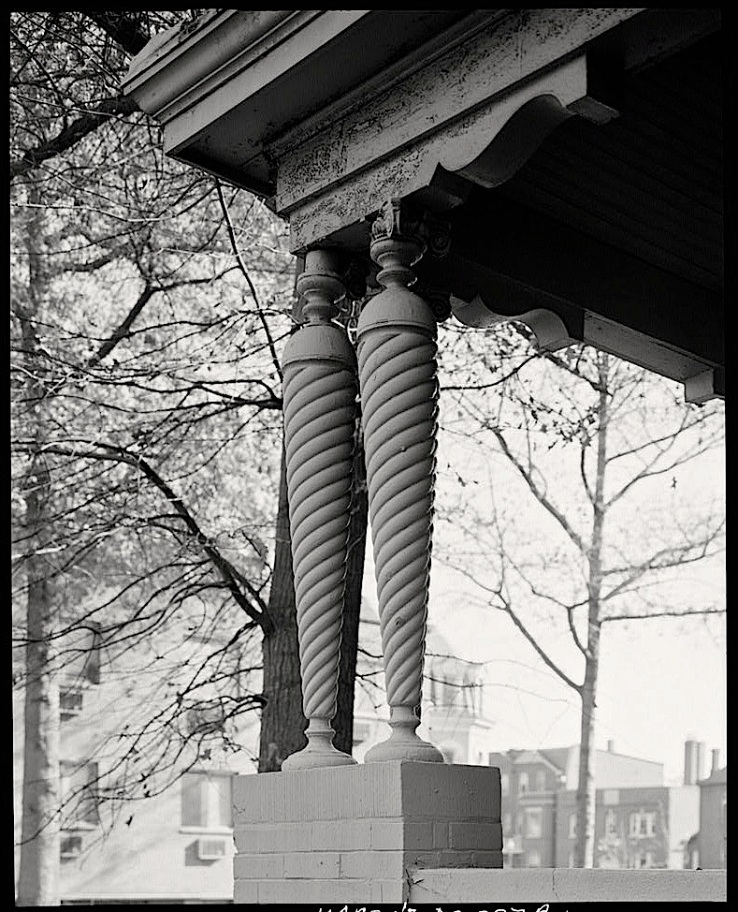 Le Droit Park is an old Washington subdivision of “large freestanding houses and duplexes of related architectural design,“ located just south of Howard University. When it was built in 1873, it was restricted to white buyers only and gated, but a series of protests brought the fences down in 1891, and by 1920 its residents were predominately African-American and included professors, politicians, and artists.  The area suffered decline in the 1980s, but today its renovated homes are selling quickly, according to The Washington Post. The neighborhood is on the Heritage Trail, a self-guided walking tour developed by Cultural Tourism DC.

The home pictured above — with its distinctive porch columns — still exists.