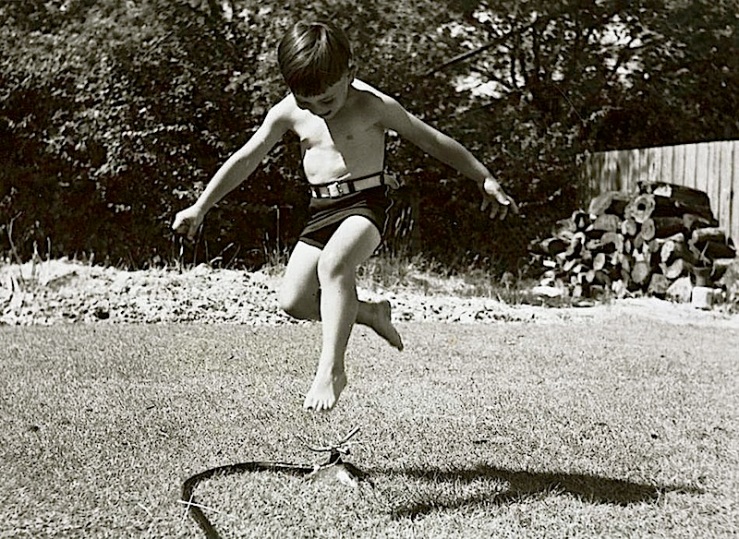 Gerald Brocklesby of Blackburn (near Melbourne), Australia, jumps over the sprinkler in his family’s backyard, January 17, 1953, via Museum Victoria.

The photo was contributed by Mr Mark Brocklesby as part of the museum’s Melbourne’s Biggest Family Album  project in 2006.

Fair seed-time had my soul. . .
— William Wordsworth, from “The Prelude“