Today, I’m repeating a porch from August 2012, but it is a nice one. (We were traveling this weekend.) 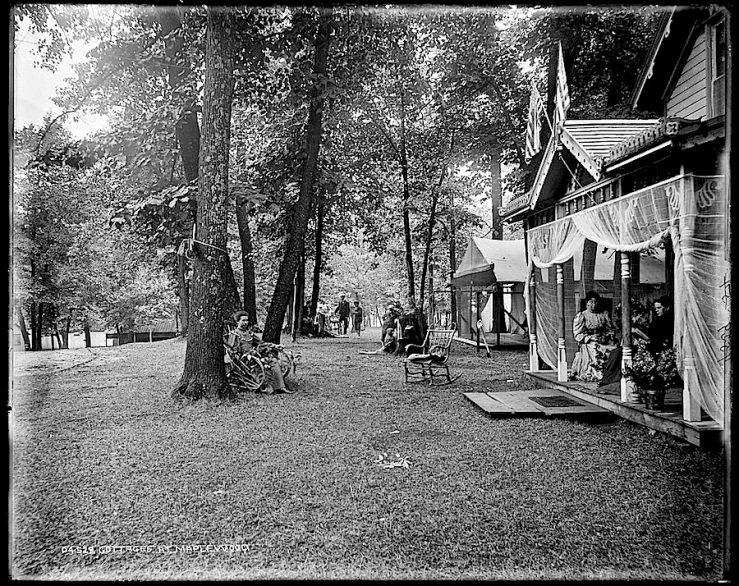 Maplewood Park on Clear Lake was a national vacation attraction at the end of the nineteenth century. (Click on any image to enlarge it.)

Above: Maplewood’s pavilion for Chautaquas. From the 1870s to 1920s, the Chautaqua movement brought speakers and companies of musicians, dancers, and actors to camps like Maplewood for up to a week at a time.

The Waseca Historical Society still hosts a Chautaqua at Maplewood Park every July.

Above: the view of Clear Lake from Maplewood.

2 thoughts on “The Sunday porch (on Monday)”