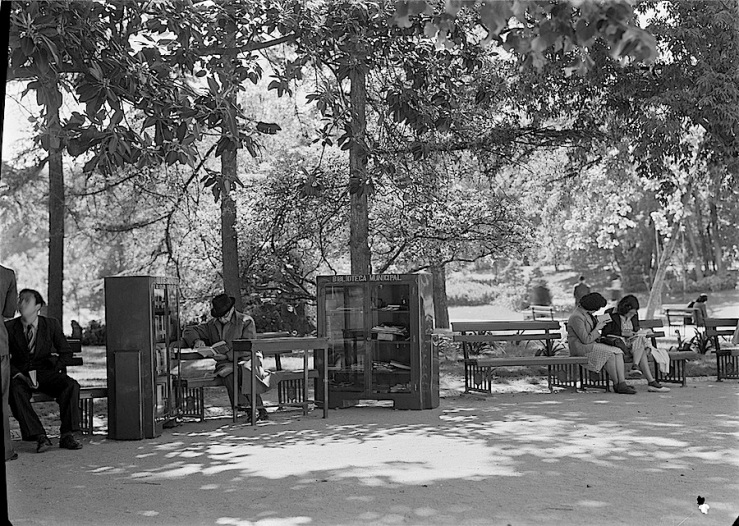 A library garden (Biblioteca de jardim) in the Jardim do Principe Real, Lisbon, Portugal, in 1949.*

Unfortunately, I wasn’t able to find out anything about Lisbon’s library gardens.  A comment on the flickr page said that they had been abolished in 1980.

Jardim do Principe Real is also called Jardim França Borges in honor of a Republican journalist, whose bust was placed there in 1915. The 2.9 acre (1.2 ha.) park in the Mercês parish was landscaped in a romantic design in the mid-19th century. 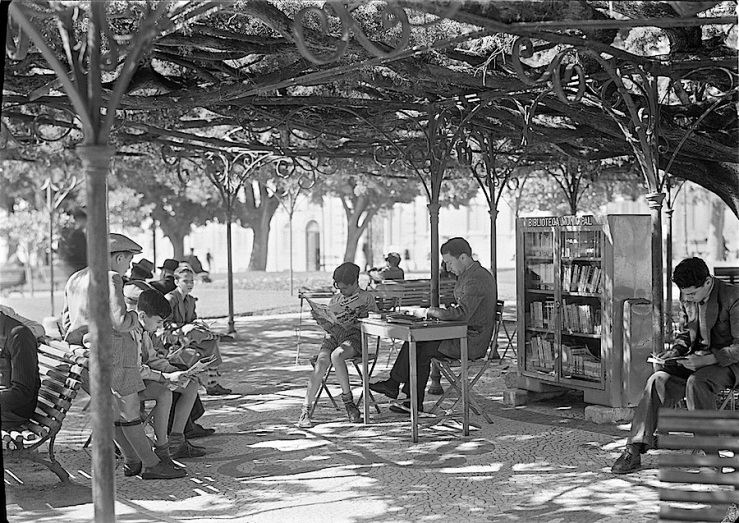 Reading under the cedar of Buçado, above, in the Jardim do Principe Real, Lisbon, Portugal, 1949.

The cedar† and the pretty iron structure supporting its 78′ (23 m.) diameter still stand in the park. 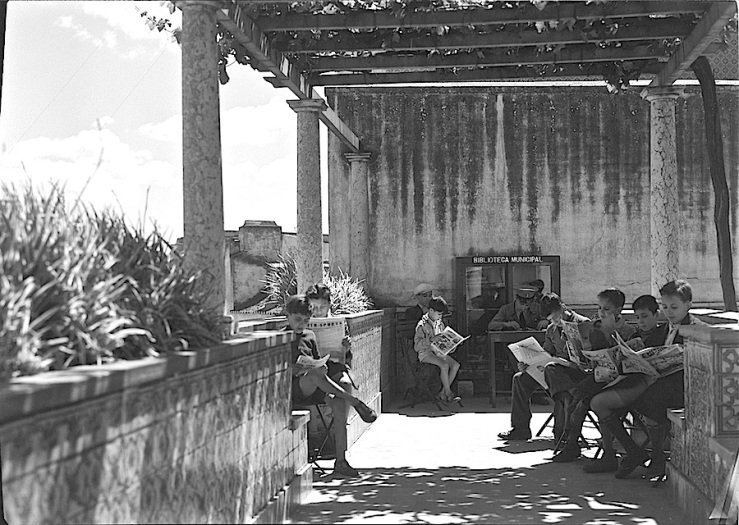 Above is the Julio de Castilho library garden  at the Mirador de Santa Luzia, overlooking the Tagus River in Lisbon, also in 1949.

He who has a garden and a library wants for nothing.
― Cicero

†One source called it a Mexican white cedar.

2 thoughts on “Life in gardens: Lisbon”