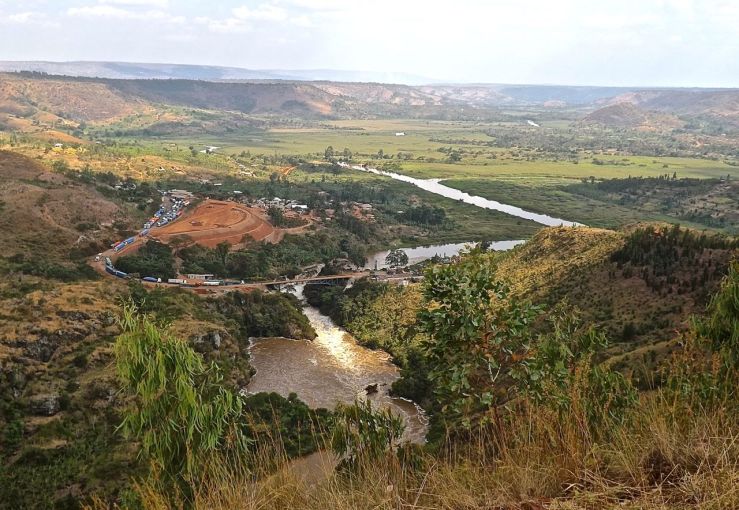 If you imagine the shape of Rwanda as a rough square, as of Thursday I have been to three of its four corners: northwest, southwest, and now southeast.

Above is a view of the Rwanda/Tanzania border at Rusumo Falls. Tanzania is on the left side; Rwanda is on the right.

A one-lane bridge crosses the Akagera River — a natural line between the two countries at this corner. 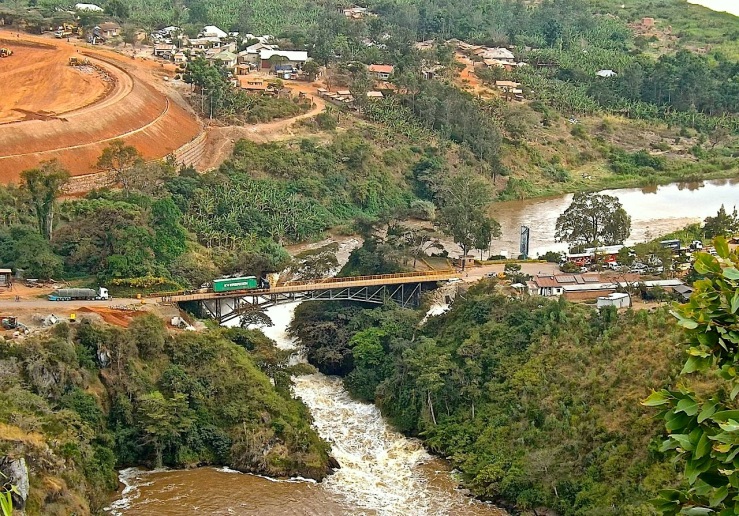 A second bridge is now being built just in front of the current span, with Japanese assistance.

The large empty area in the left top corner of the photo above is a parking area (under construction) for the many trucks that cross the border daily.

Just behind the bridge are the Falls. 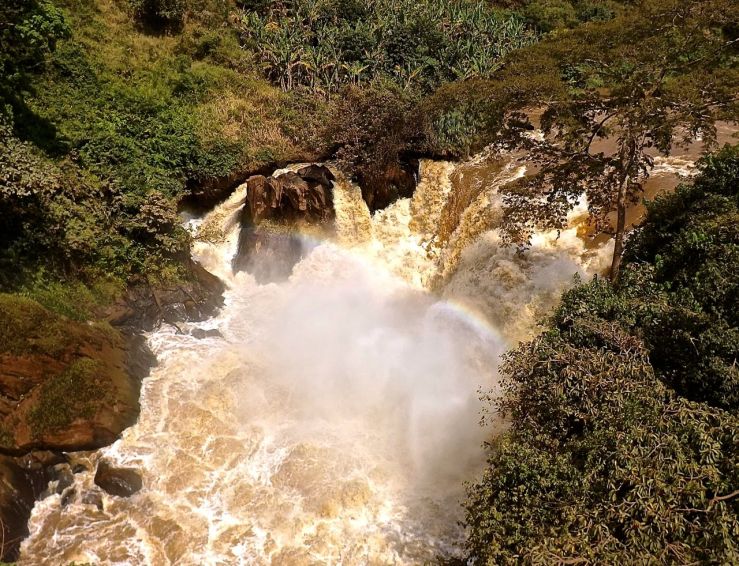 The photo above and the two below were taken from the two sides of the bridge.

During the genocide in 1994, “an estimated 500,000 Rwandans — half of them within one 24-hour period” fled across this border to Tanzania, according to my guide book.*

Journalists standing on the bridge and looking down at the rushing water, counted the bodies of genocide victims “at a rate of one or two per minute.” 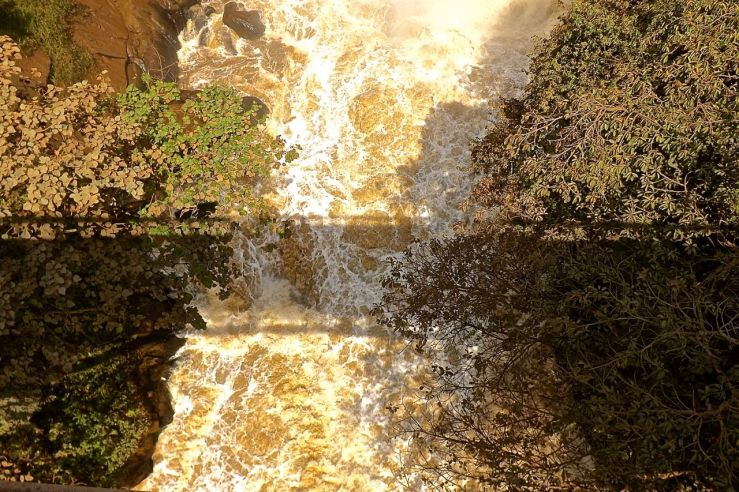 I took the very  first photo above from the top of the hill in the center of the picture below.

3 thoughts on “A far corner in Rwanda”