Each time we’ve travelled to the north of Rwanda, we’ve passed the small Chinese cemetery in the Rulindo District. Last month, we stopped for a few minutes.

The cemetery is located just off the road to Muzanze, about 50 minutes from Kigali. It holds the remains of 10 Chinese citizens who died in Rwanda during the 1980s and 1990s, while they were working on development projects of road construction or health services. 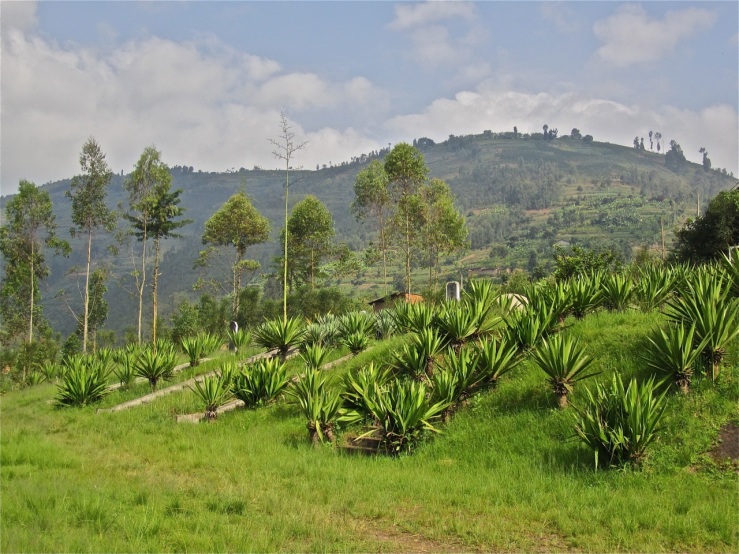 The graves are in a row near the top of a hill, with a set of stairs leading up to each one.

The material elements are now-weathered concrete, grass, and agaves. 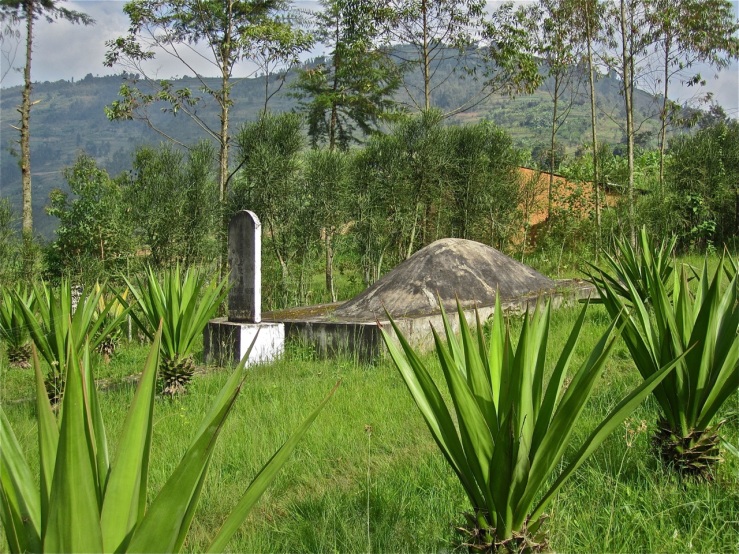 The arrangement is simple, the effect poignant.

The cemetery is cared for, and the Chinese community, led by Ambassador Shll Zhan, held a ceremony there for the Qingming Festival on April 5 of this year.

When I looked at these pictures, I remembered two photos I had taken in 2007 of another small, touching cemetery garden. It holds the graves of eighteen Algerian retainers who had followed their Emir into imprisonment in France in 1848. 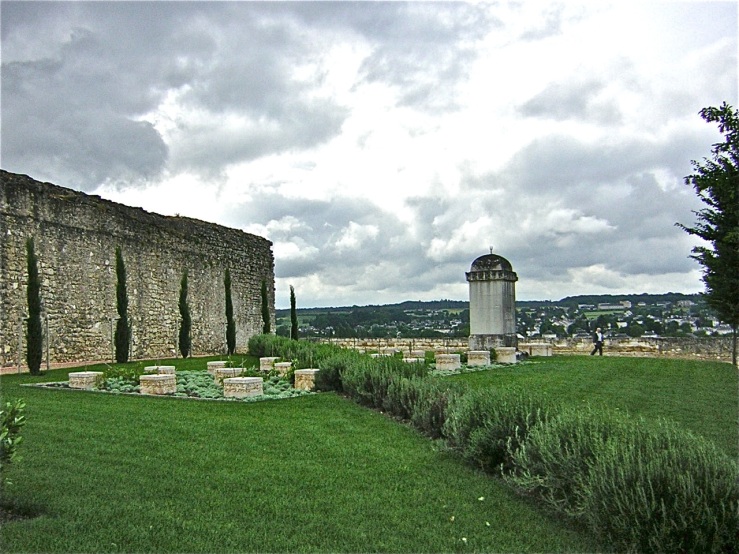 Abd al-Qadir and his household were held in the Château d’Amboise in the Loire Valley. Those who died before he was released in 1852 were buried there.

The memorial garden on the grounds of the château is beautiful. It was built in 2002, according to one source, but I have been unable to find out any more about it.

The square markers are set in a rectangle planted with low mounding plants. A hedge of rosemary diagonally intersects the space.