On Friday, Diana of Elephant’s Eye commented on the age of my cycad. (The plant has a reputation as a slow grower.)

That made me remember some beautiful, rather ancient sago palms that I photographed at Tudor Place in Georgetown this summer. The sago palm is a cycad — Cycas revoluta — native to southern Japan. 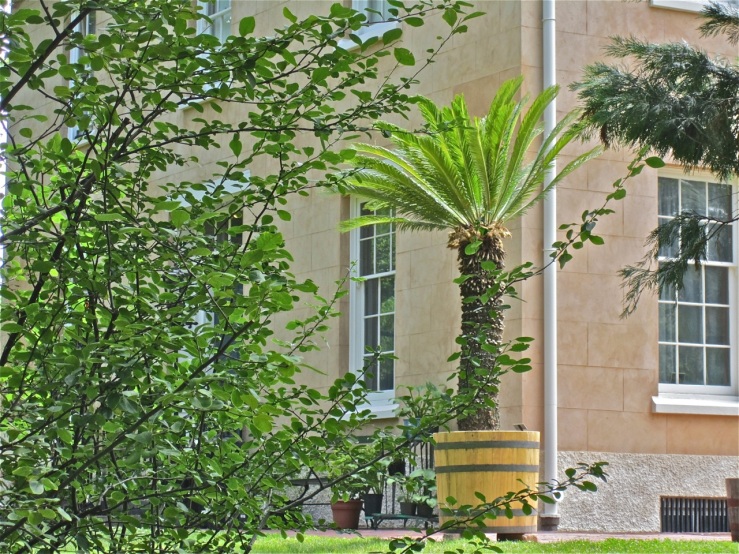 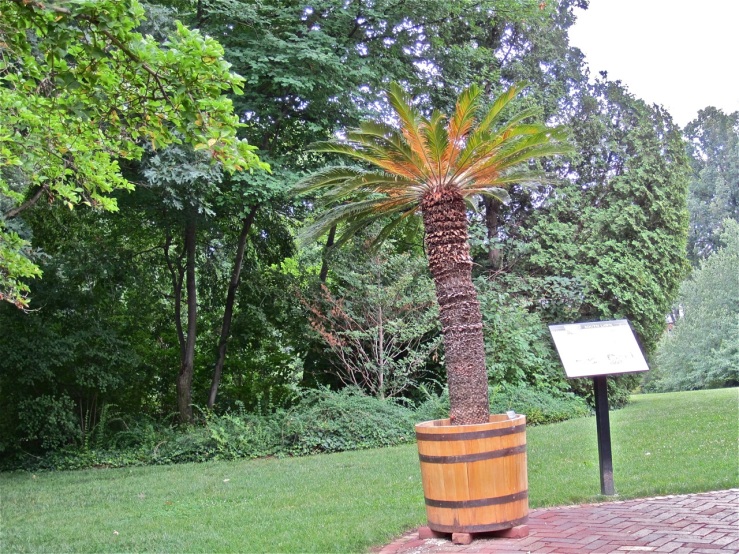 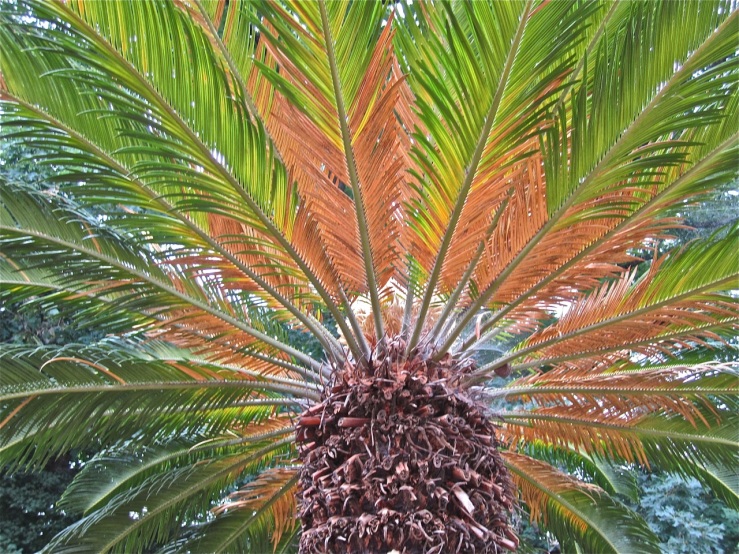 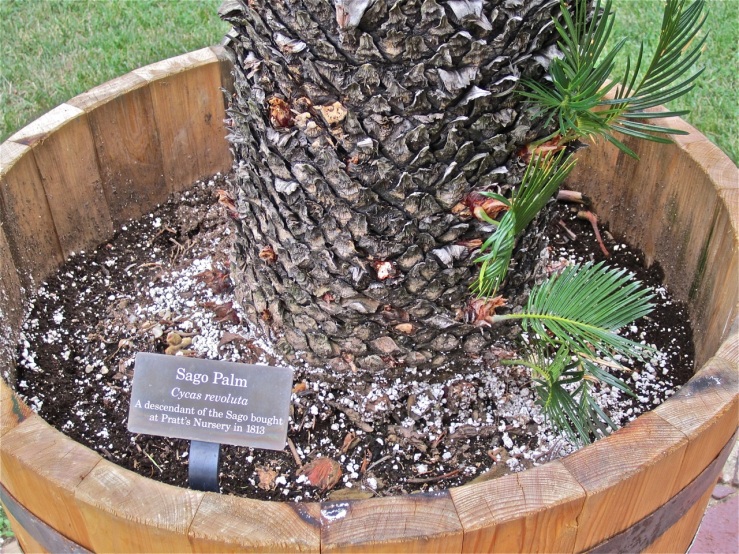 Why weren’t our 19th century ancestors thoughtful enough to put away a few sago cycads in the greenhouse for us?

The original Tudor Place sago palm arrived in North America in 1775 on the famous Boston Tea Party ship. There were three sagos on board, and the largest one went to Mount Vernon. Another went to Pratt’s Nursery in Philadelphia, which is where Martha and Thomas Peter purchased it in 1813.

The Tudor Place blog says that the original sago palm is located near the door to the Visitors Center, although I only saw the specimens labeled as its descendants.

The Mount Vernon sago died in 1934. In 1941, a cutting was taken from the Tudor Place plant and given to Mount Vernon, where it grows today.

If you want to start your own little sago palm heirlooms in pots, please be aware that all parts of the plant are extremely toxic to children and pets. Guard it accordingly.

. . . all that predates history survives it.
the sago palm or the bird of paradise flower,
trees that are flowers that are birds.

. . . this high garden
protects the city that protects it.

7 thoughts on “The sago palms”