Ca. 1922, by Harris & Ewing, via Library of Congress Prints and Photographs Division.

The sculpture was created in 2015 for the exhibition Roots: Indonesian Contemporary Art at the Kunstverein. 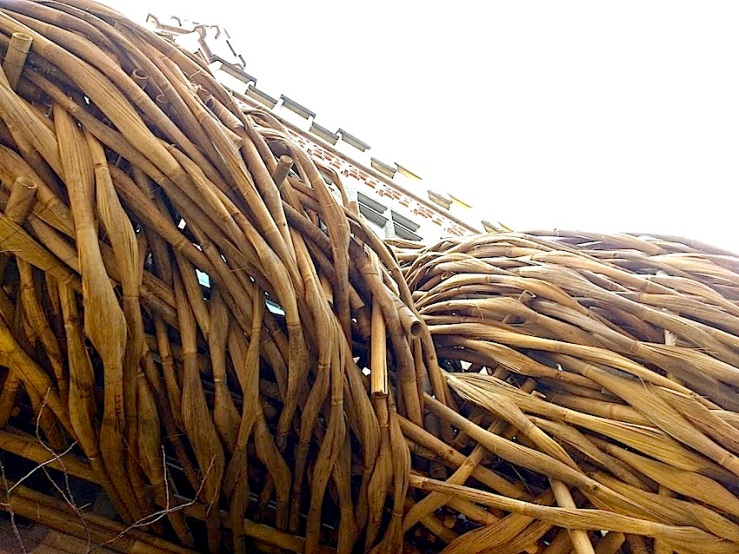 [“Big Trees”] consists of 1525 woven stalks of bamboo imported from plantations in West Java.  Bamboo is historically associated with traditional craft. . . .   [Avianto] borrows and reinterprets traditional Sundanese (West Java) weaving techniques to construct his exaggerated sculptural forms.  His innovative process of breaking the long compact fibres of the columns between each node of the bamboo stalk makes it pliable while maintaining its strength.  This allows for the bamboo to be manipulated, bent and woven into soft curvilinear lines.  An underlying concern for Avianto is the changing socio-economic and cultural values associated with bamboo cultivation.  This includes the decline of village owned and cultivated bamboo forests in West Java due to a new wave of global industrialisation, and the aggressive monoculture of the palm oil industry.

— from the sculpture’s label at the Kunstverein

You can watch a 4 1/2 minute video of its construction here. 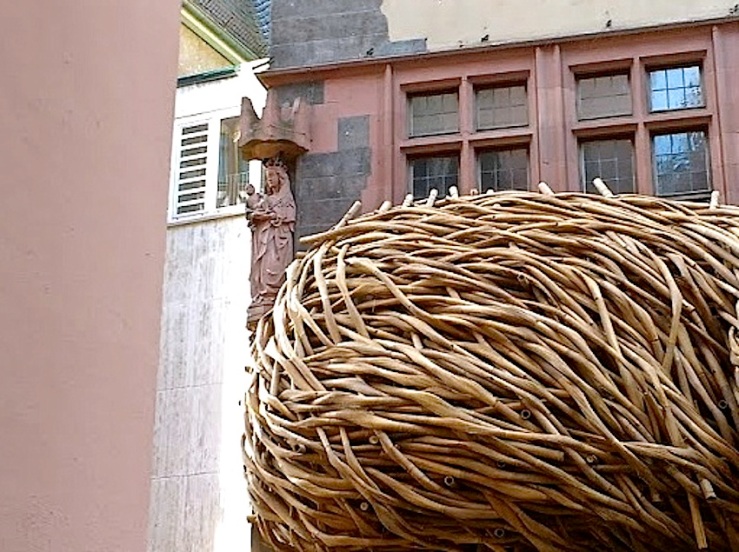 And from a hill,
The earth is masses
Of cane, bamboo,
And other grasses.

. . . in the old city center of Basel, Switzerland, where we spent Thanksgiving.

These are not really porches, of course, but two café doorways and a storefront.

They caught my eye while we were walking around the Sainte-Catherine or Sint Katelijne neighborhood of Brussels, which is just northwest of the Grand’Place and La Bourse.

The one pictured above is on Rue de Flandre.

I believe I snapped this blue café, above, on Quai au Bois à Brûler, facing the site of the old Saint-Catherine Bassin or canal port, covered over since the 1870s. 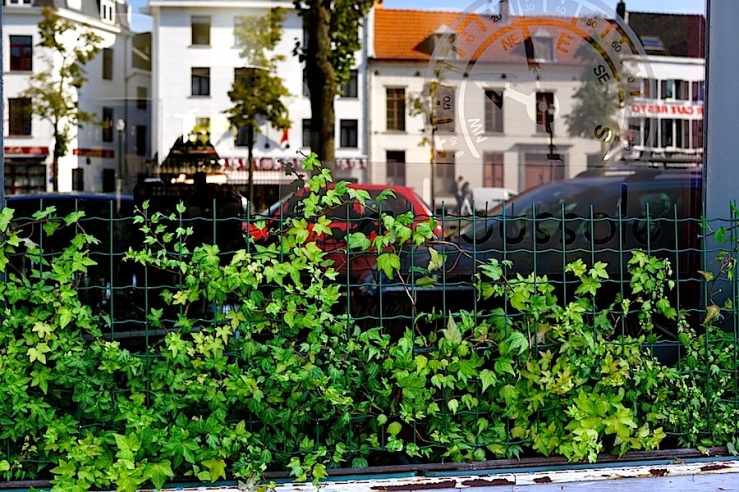 I like the way the ivy is used as both a decorative windowbox planting and low privacy screen.

Above, a mass of vines shades a closed storefront, also along Rue de Flandre.

Rue de Flandre is a good street on which to find an interesting restaurant.  We liked Viva M’Boma (old-fashioned Belgian food, emphasis on meat/offal) and Domaine de Lintillac (dishes from the southwest of France, emphasis on duck).

I’m sorry that there was no Sunday porch yesterday; we were out touring Stuttgart with visitors.

In the early evening, we walked through the nearby small city of Esslingen am Neckar, and I spotted this sweet doorway arrangement with espaliered ivy. 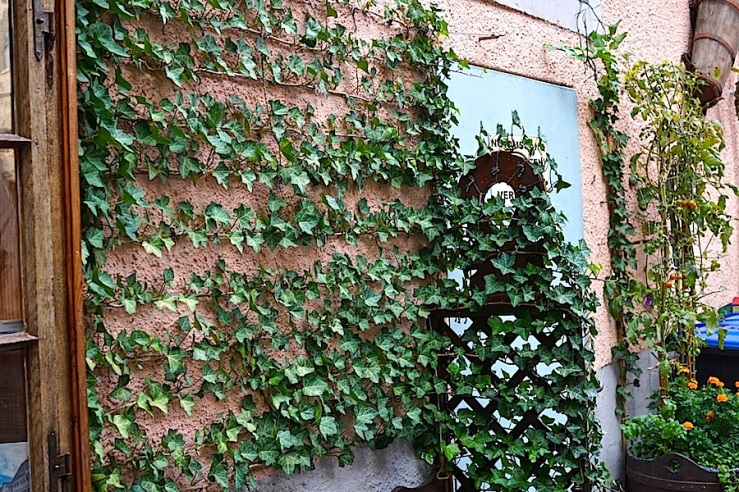