The church was built in 1854. In the 1930s, Alexander and Paul Piaget and Charles von Ravenswaay made photographic surveys of early Missouri historic sites. In 1984, their work was donated to the Historic American Buildings Survey (HABS) collection of the Library of Congress.

The Jean Baptiste Valle House from the southeast, Sainte Genevieve,  Missouri, April 10, 1934, by Alexander Piaget, via Library of Congress Prints and Photographs Division.

The town of Ste. Genevieve is the oldest permanent European settlement in Missouri — established about 1735 by French Canadian colonists. Today, its National Historic Landmark District has a number of surviving late 18th century and early 19th century homes.

The Jean Baptiste Valle house was built between 1785 and 1796 by Valle and his wife, Jeanne Barbeau.

A view of the southwest corner (same photographer and date as above).

The house has an “interrupted French colonial gallery” porch on all sides. 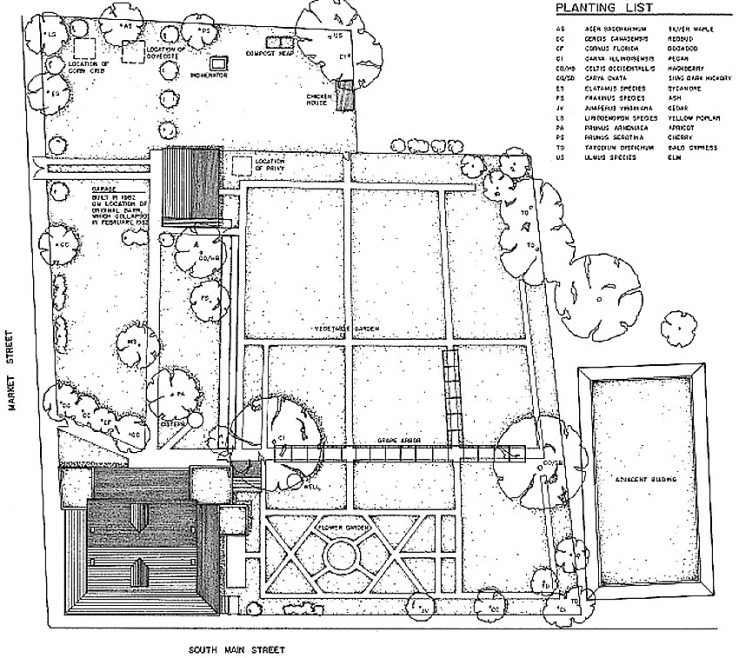 A view of the garden from the interior of the west-side porch (seen on the left side of the second photo above), 1933, photographer not noted.

This section of porch connected a back bedroom and the kitchen.

These pictures from the 1930s were part of photographic surveys of early Missouri sites made by Alexander and Paul Piaget and Charles von Ravenswaay. In 1984, their work was donated to the Historic American Buildings Survey (HABS) collection of the Library of Congress (all photos here via the LoC). 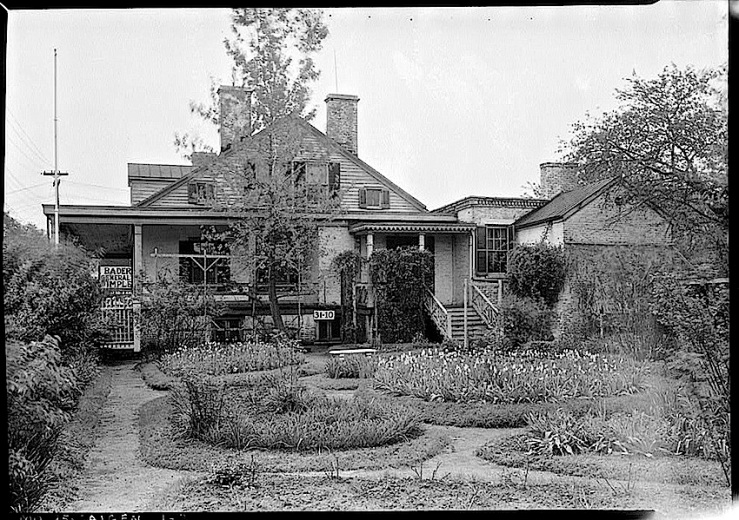 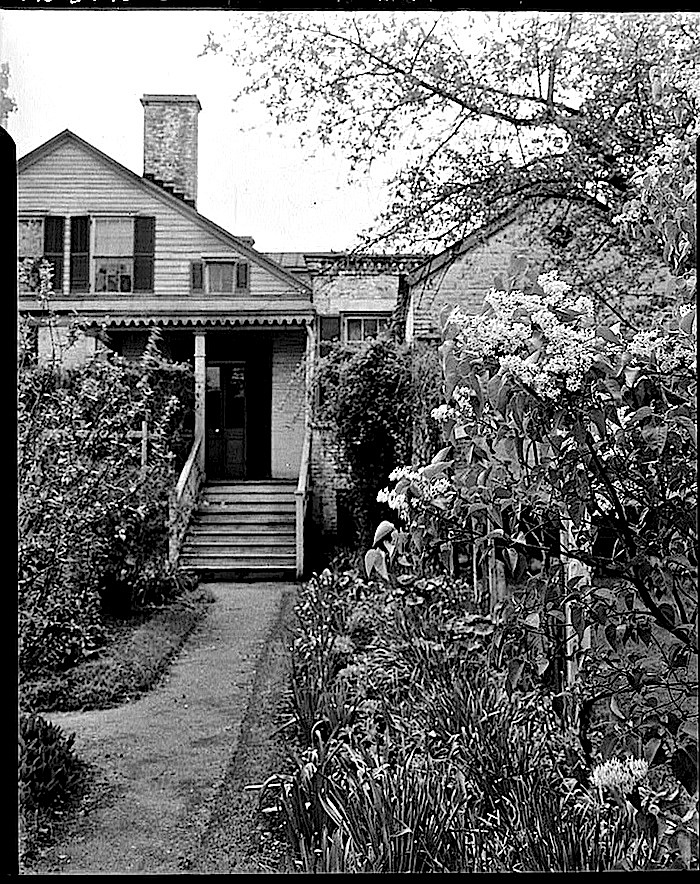 Lilac along a pathway.

The photo above and the two below are not dated, but also seem to have been taken in April 1934. The steps went into the kitchen pantry.

An undated view of the garden entrance “at side.” 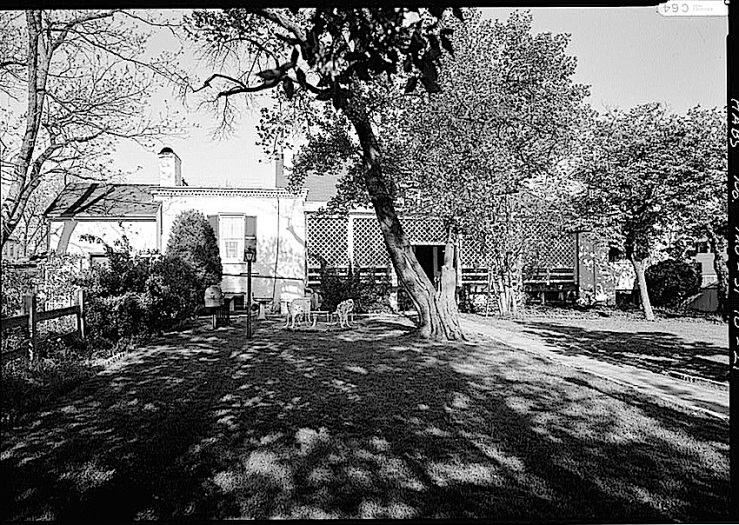 The west garden and porch in 1986, by Jack Boucher for HABS. Additional images and information were added to this property’s survey in 1985 and 86.

Today, the house is not open to the public. However, in 2013, it was sold to the National Society of the Colonial Dames to ensure its preservation.