The garden is far more formal now, with a clipped boxwood parterre in a geometric pattern around a fountain. There’s a more recent photo here.

We spent Thursday through Saturday this week in Strasbourg, and a highlight of this trip for me — aside from two great meals (here and here) — was a visit to the Église protestante Saint-Pierre-le-Jeune or Young* Saint Peter’s Protestant Church.

The church has the oldest surviving cloister “north of the Alps,” according to its website.

Three of the four galleries were constructed in the Romanesque style in the 11th century. The fourth, shown above and in the three photos below, was completed in the 14th century in the Gothic style. 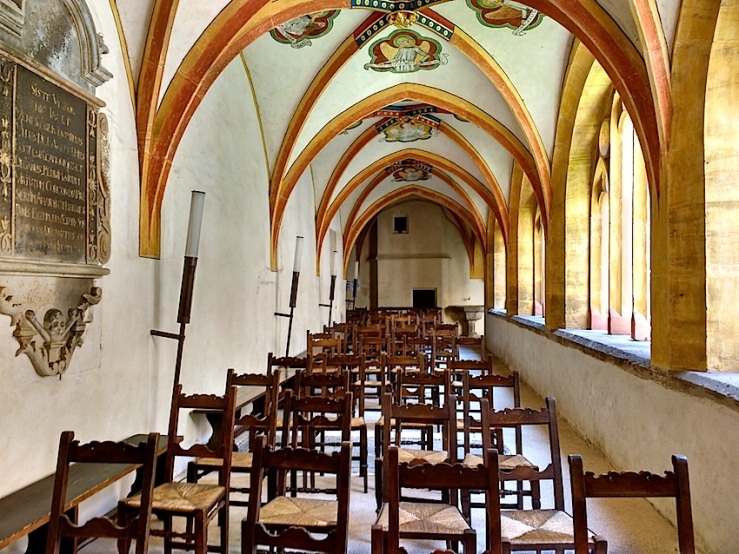 The gallery shown above and below was set up for a performance that day. 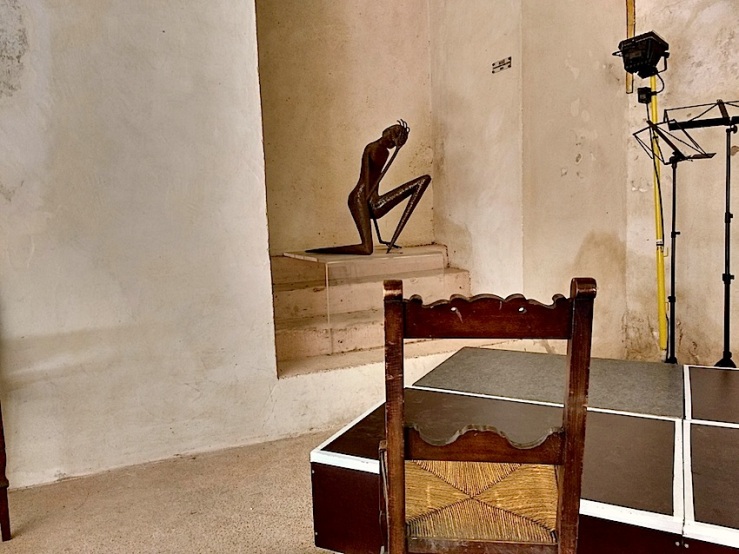 Behind the small stage was a modern sculpture. There were modern works throughout the church. (Unfortunately, I didn’t think to photograph their labels.)

Above: a Romanesque gallery, also ready for a performance or lecture. I loved the pretty chairs, used throughout the church. 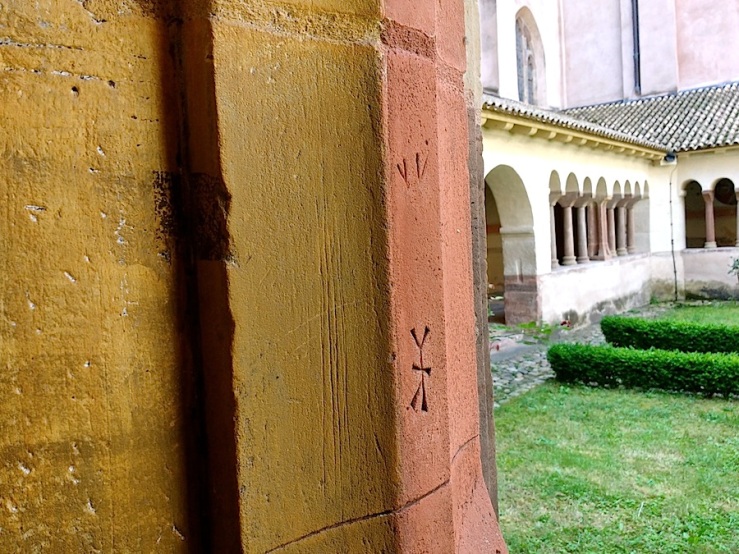 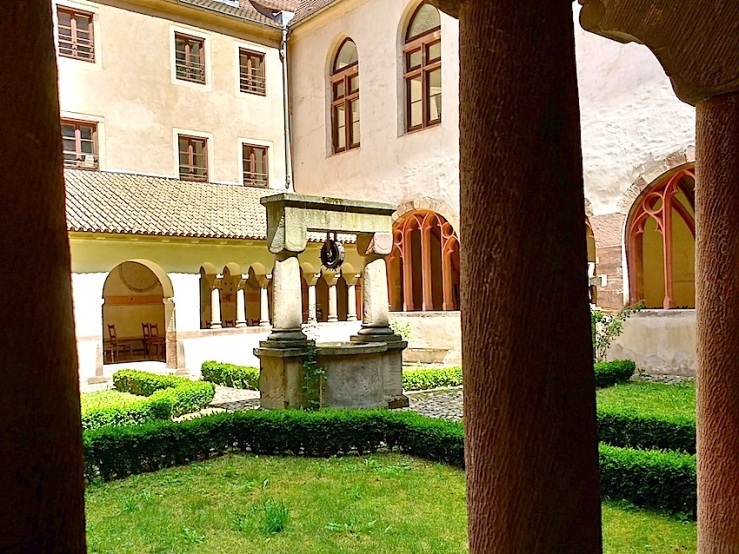 Above and below: the garden in the center.

The cloister was heavily damaged and partly buried in the 1700s and then re-built in other ways. After the French revolution, the site was privatized — serving over the years as a wine cellar, a cloth factory, and apartments. It was restored to its original appearance between 2000 and 2008.

On the inside, Église Saint-Pierre is remarkable for its array of colors and forms. The church was built in the 14th and 15th centuries in the Romanesque and Gothic styles.

Originally Catholic, of course, in 1524, it became Protestant.  Then in 1682, Louis XIV gave over the choir area behind the rood screen for the exclusive use of the Catholic parish. A dividing wall was built, and it remained there until 1898, when the Catholic congregation moved to its own “Young Saint Peter’s.”  In the meantime, in the 18th century, the choir had been redecorated in the Baroque style, in green and gold. END_OF_DOCUMENT_TOKEN_TO_BE_REPLACED

The simple garden behind the Münster of Basel, Switzerland, features a bronze replica of the church and its cloisters.

The building — constructed from the 13th century to 1500 — was originally a Roman Catholic cathedral and is now a Reformed Protestant church.

To scroll through larger versions of the photos, click on ‘Continue reading’ below and then on any thumbnail in the gallery.

The harp at Nature’s advent strung
Has never ceased to play;
The song the stars of morning sung
Has never died away. . . .

The blue sky is the temple’s arch,
Its transept earth and air,
The music of its starry march
The chorus of a prayer.

So Nature keeps the reverent frame
With which her years began,
And all her signs and voices shame
The prayerless heart of man.

— John Greenleaf Whittier, from “The Worship of Nature“

The watercolor is one of many Italian scenes collected (perhaps painted?) by a Baroness Meyendorff in the 1870s and early 1880s.