Was this photo taken at the current corner of rue des Ursins and rue des Chantres in Paris? You can see the location here. I can’t decide.

The autochrome above is one of about seventy-two thousand that were commissioned and then archived by Albert Kahn, a wealthy French banker, between 1909 and 1931. Kahn sent thirteen photographers and filmmakers to fifty countries “to fix, once and for all, aspects, practices, and modes of human activity whose fatal disappearance is no longer ‘a matter of time.’”* The resulting collection is called Archives de la Planète and now resides in its own museum at Kahn’s old suburban estate at Boulogne-Billancourt, just west of Paris. Since June 2016, the archive has also been available for viewing online here.

A family in front of their Pennsylvania home, between 1890 and 1901, by The United States View Company, via Library Company of Philadelphia Commons on flickr.

The United States View Company of Richfield, Pennsylvania, was established in the 1890s. Like several similar businesses — as well as hundreds of independent itinerant photographers — its employees traveled to small towns and took pictures of people posing in front of their homes or other local landmark buildings. 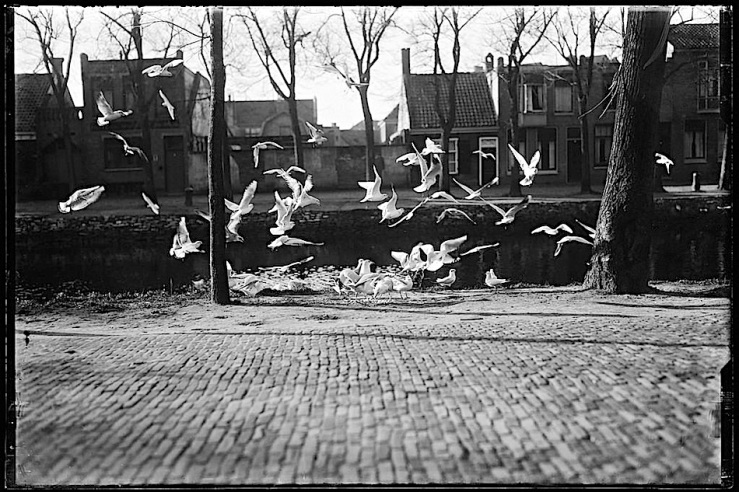 Before she became immersed in the work of photographing old houses and gardens, Johnston was a photojournalist and a portraitist. In 1899, she became interested in progressive education and made a photo survey of students at public schools in Washington, D.C.