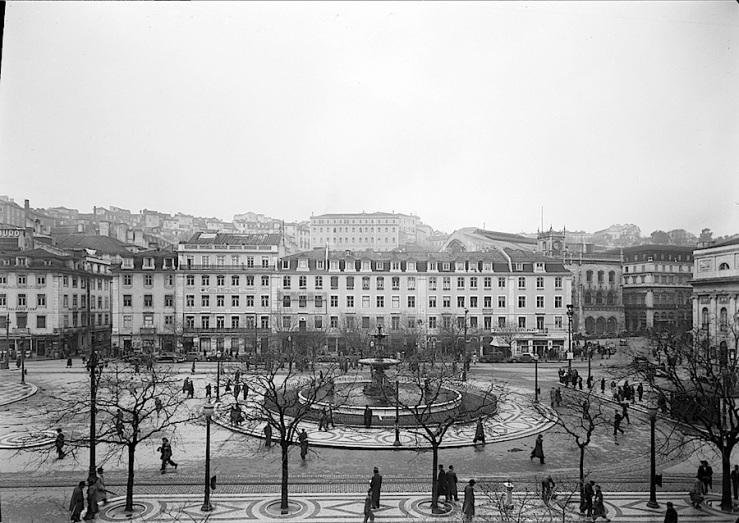 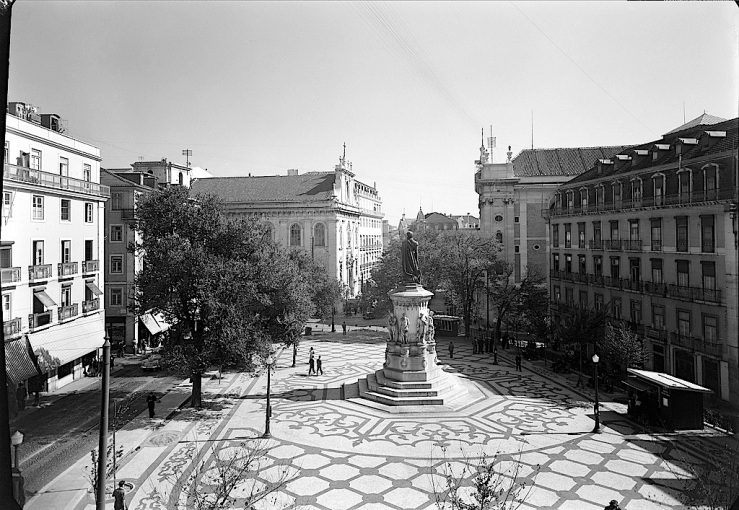 Luís de Camões Square, Lisbon, between 1933 and 1983, by Estúdio Mário Novais, via Art Library of the Calouste Gulbenkian Foundation Commons on flickr, under CC license.

The 1867 sculpture is of Camões, a 16th century epic poet. The square looks much the same today, but the design of the paving tile (Portuguese pavement or calcada Portuguesa) is different.

The labyrinth at Leonardskirchplatz in Basel, Switzerland, on Thanksgiving Day. 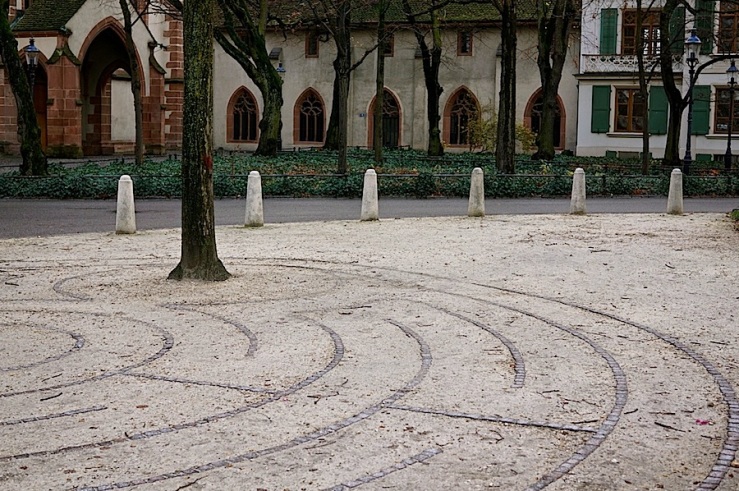 The small square — on a hill spur above the old city center — is next to the 15th century Leonardskirche or St. Leonard’s Church.

The labyrinth was installed there in 2002 from a design by Agnes Barmettier.

On the right side of the sign is a poem, “Labyrinth Spell” by Ingrid Gomolzik, meant to be spoken before entering the circuit: “The labyrinth is a mystery. . . the giant, the path in the middle, the way to ourselves.” 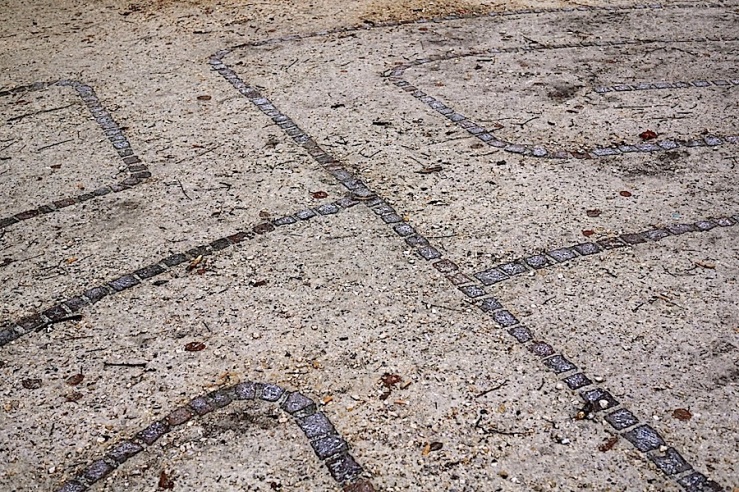 You can scroll through larger versions of the photos by clicking on ‘Continue reading’ below and then on any thumbnail in the gallery.

Torn turned and tattered
Bowed burned and battered
I took untensed time by the teeth
And bade it bear me banking
Out over the walled welter
cities and the sea. . .

— Robert P. Baird, from “The Labyrinth“

A square near Boulevard Anspach, Brussels, in early October.