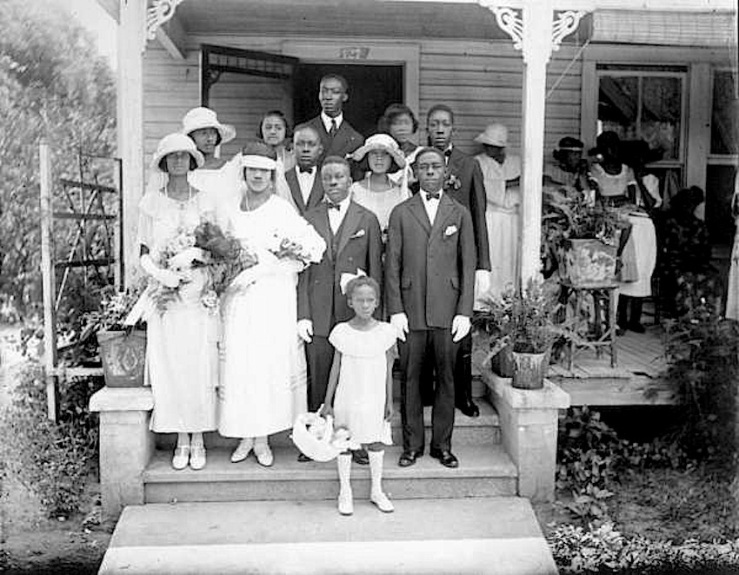 Lincolnville is an historically African-American neighborhood of St. Augustine. It was established after the Civil War, in 1866, by several freedmen and women who leased the land for $1 a year.  By the 1880s, it had begun to grow and “was characterized by narrow streets, small lots, and houses built close to the street line, similar to the colonial St. Augustine style and land-use pattern,” according to Wikipedia. By the 1930s, it was an important subdivision of the city in size and in political participation of its residents, and by the 1960s, it drew national attention for its role in the Civil Rights Movement.

In 1991, Lincolnville was listed on the National Register of Historic Places for its many late Victorian Era buildings and its place in African-American history. It is now known as the Lincolnville Historic District. 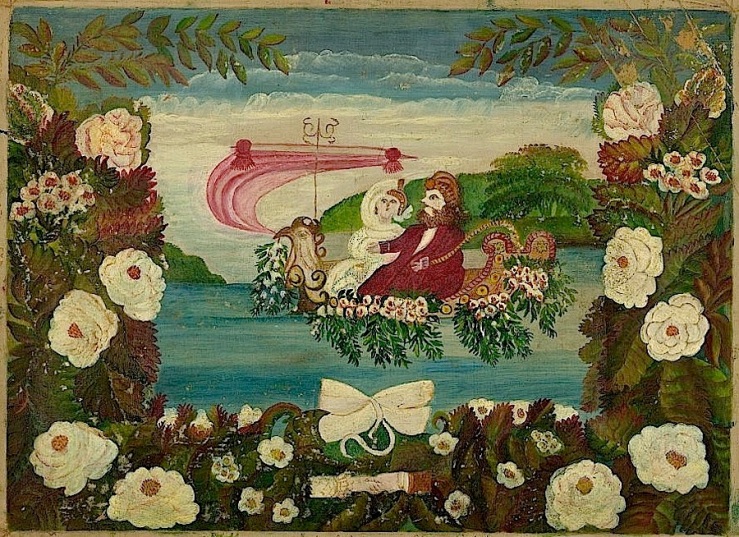 “Bridal pair starting on life’s voyage,” 1876, by Mrs. A. B. Mason, via Library of Congress Prints and Photographs Division.