The plants have taken over. The gardener has gone home.
— Gregory Ross, from Hidden Parks of Paris

The verdant, sunken Garden of the Swiss Valley is a true “hidden garden” of Paris. Unless you know to look for the little green gate just past the very large and silly memorial, “The Dream of the Poet,” on Avenue Franklin D. Roosevelt, you will walk right by it on your way to the Seine.

But if you do know to stop and then enter the gate, you’ll descend over a dozen faux bois steps to a “stone” arch (also constructed of concrete, as are all the other stones in the garden).

Stepping through the archway, you’ll cross an artificial pond fed by the Seine (and reputedly inhabited by carp) and look down the single path of the long narrow space. Mature trees, shrubs, and perennials cover and obscure the valley walls; some dip into the water, including a 100-year-old weeping beech.

Elaine Sciolino, writing in the The New York Times, called this garden “a tiny stage-set.” With its fake rock and old-fashioned common garden plants,* it is not really “naturalistic,” yet is like a little wilderness — its arrangement seemingly having moved beyond planting design and maintenance.

When I visited it one morning in early September, a slight haze of dust and seasonal decay hung in the air. The only other person there was a homeless man sound asleep on one of the benches, and I tried not to bother him as I walked back and forth taking pictures.

At one end of the path, a faux bois pedestrian footbridge crosses overhead. At the other, green doors signal the entrance to a Climespace plant, which — 30 meters further underground — cools the surrounding buildings with circulating chilled water.

The Swiss Valley is one of the many garden spaces along the Champs-Élysées credited to Jean-Charles Adolphe Alphand, an engineer who directed the construction of many Haussmann-era parks. Whether he actually designed it seems lost to history (on the internet, at least). I have read that the Valley was created for the Exposition Universelle of 1900, but perhaps it was the 1889 World’s Fair, as Alphand died in 1891. How Switzerland or a Swiss exhibit comes into it is also not really clear.

The little park is now called the Garden of New France because of nearby Place du Canada. At least half its 1.7 acres are above the valley garden, level with the street — an ordinary assortment of shrubs, grass, and gravel paths.

You can click on ‘Continue reading’ below to scroll through more (and larger) images.

To scroll through more images (and larger), click on any thumbnail in the gallery below. 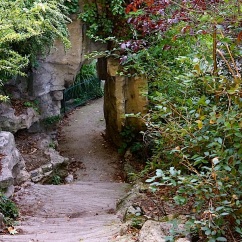 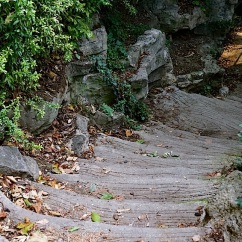 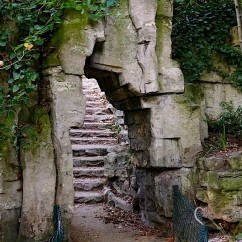 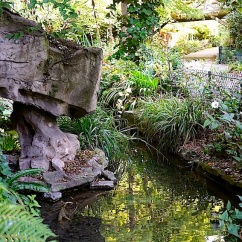 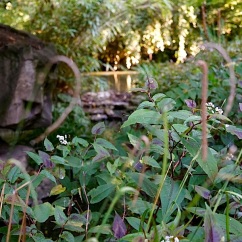 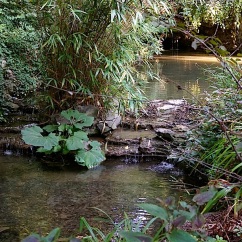 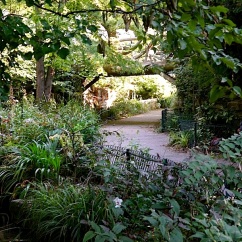 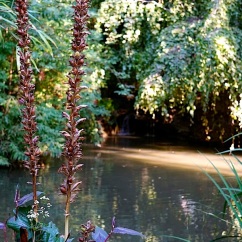 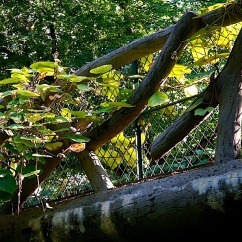 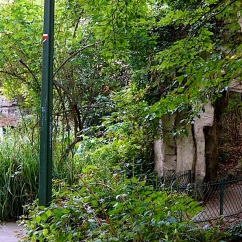 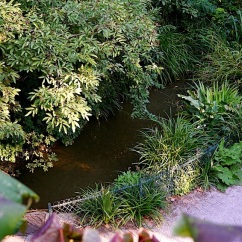