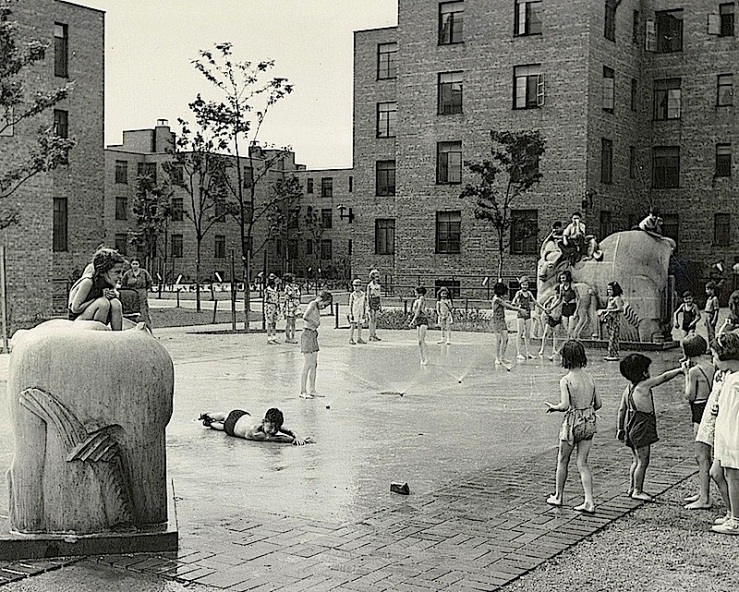 “Sculpture and children in fountains – Jane Addams Houses,” between 1938 and 1940, Chicago, Illinois, by Peter Sekaer for the U.S. Housing Authority, via Library of Congress Prints and Photographs Division.

The Jane Addams Homes public housing project was built in 1938 under the New Deal Public Works Administration Act. The “Animal Court” figures were carved from limestone by Edgar Miller.

The sculptures still exist, although the buildings around them were razed in the early 2000s.  As of September 2013, they were in storage awaiting restoration and a new home.  They may eventually return to a place near their old location, as part of a National Public Housing Museum.

There are more photos here, at the blog Playscapes.