My daughter and her friend visited us last week — after hiking to the top of Mt. Kilimanjaro. (It took them seven days, and my daughter reached the summit during a blizzard with lightning!)

While they were here in Rwanda, we went down to the southwest to see Nyungwe National Park, the largest protected mountainous rain forest in Africa.

We spent two nights at the Nyungwe Forest Lodge, which I know I’ve written about twice before.  But I still wanted to post these photos, because I find its landscape so serene. . . and so romantic — a tea garden at the edge of a rain forest.

The design is simple, yet extravagant — a few curving paths through thousands of Camellia sinensis bushes.

Above: the pool house in early morning.

We arrived on Wednesday in early afternoon.  There was a lot of mist, and it was so chilly that we turned on our room’s heater for about an hour. But it only rained once, briefly, during our stay.

Above: the Lodge gatehouse. 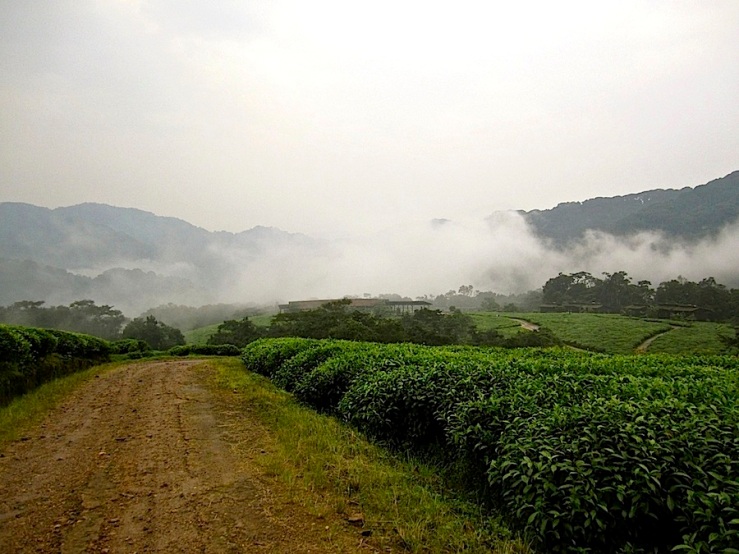 Above: the Lodge in the distance.

Above: yellow native Crassocephalum montuosum poking up through the tea bushes. 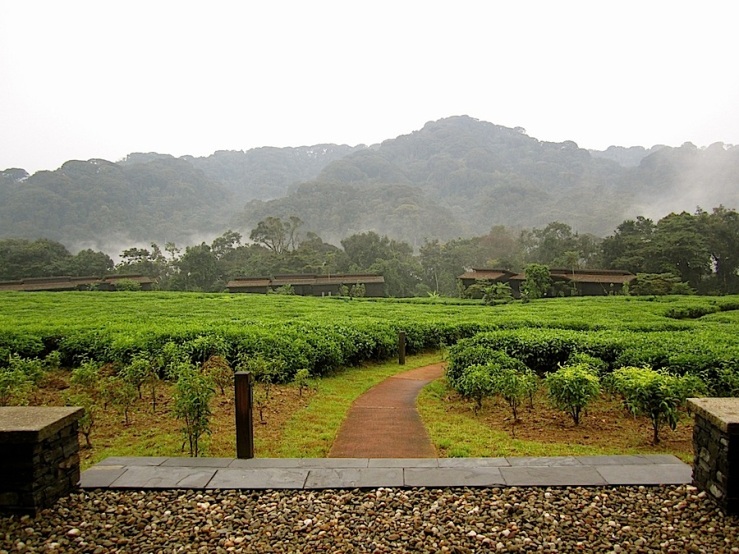 Above and below: views from the main building’s porch.

Above and below: narrow paths through the field. A local cooperative picks the tea and keeps the income from its sale.

Above: The cabins, with two to four rooms each, are sited at the edge of the tea field. 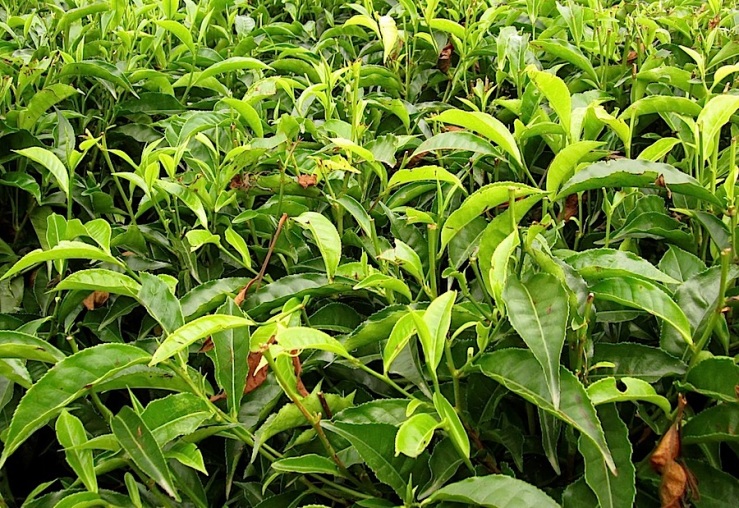 Above: the bushes around the Lodge looked like they had been picked recently.  Only the terminal bud and the top two leaves of each stem are plucked off. 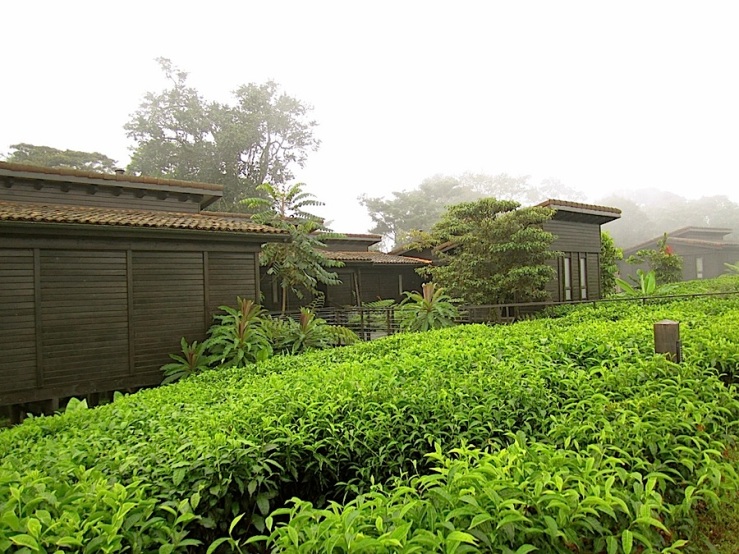 Above and below: the front of each cabin is planted with native perennials and small trees from the forest. 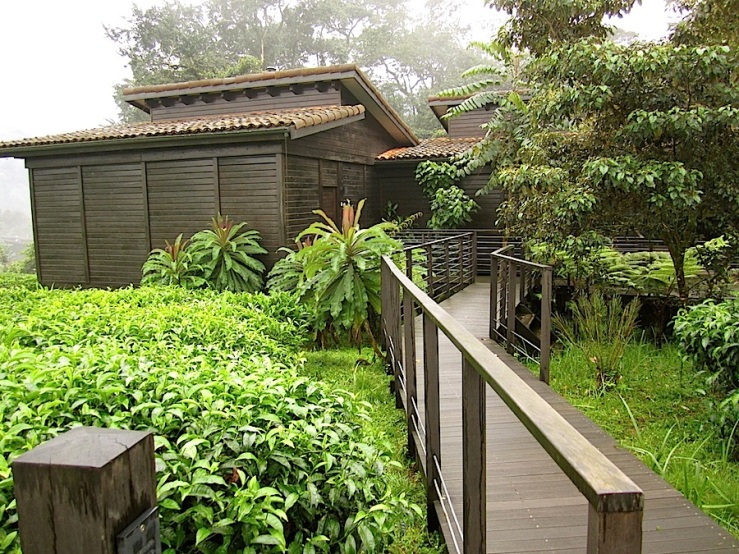 Above: these giant lobelias (Lobelia gibberoa) are planted right into the grass and other low wild plants.

Above: each cabin’s back balcony looks out into the rain forest.  The land drops down very steeply about six or seven feet behind the cabins, so their windows really look into the tops of trees. It’s not uncommon to see monkeys there.