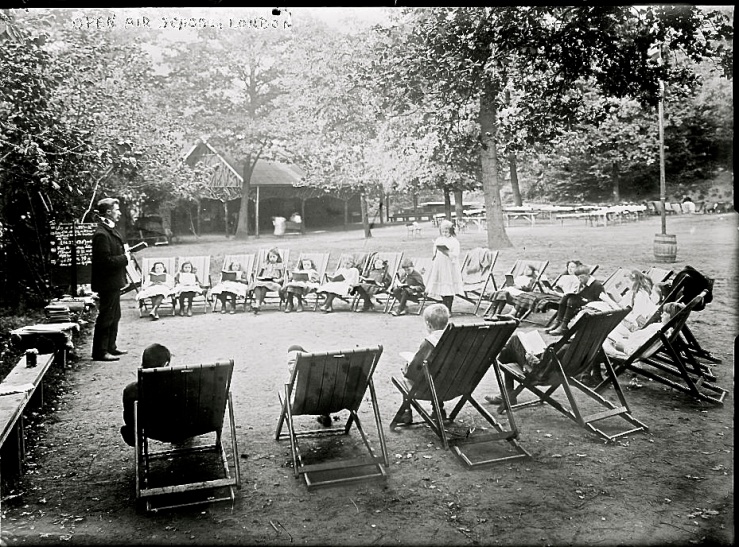 Open-air schools in Europe and the U.S. were  part of an effort in the first half of the 20th century to combat the rise of tuberculosis.  The first — a waldeschule or forest school — was built near Berlin, Germany, in 1904.

An open-air school was created in England in 1907 by the London County Council. This may be the school pictured here.  A second London school was organized in 1908. By 1937, there were 96 open-air schools in Great Britain.

Photos and captions by Bain News Service via the Library of Congress Prints and Photographs Division (no dates provided).